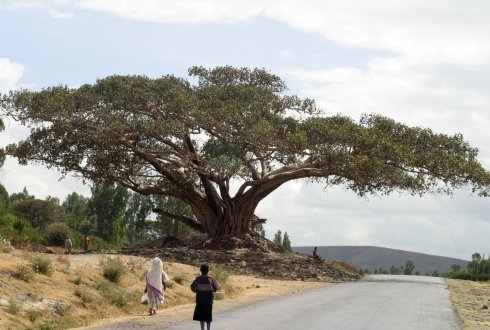 Aschale Dagnachew Siyoum researched the new food security policy of Ethiopia (the Productive Safety Net Programme, PSNP) that has the double aim of protecting people against hunger and asset depletion, and lift them out of poverty. Ethiopia experiences chronic food insecurity for decades, with annually a minimum of five million people receiving food aid.

The research was mainly qualitative and followed households in one of the PSNP areas. A major finding of the research is the importance of labour, with labour scarcity playing a far larger role in food security than expected. The research also found that households that graduate from the PSNP have been able to accumulate some livestock to achieve food security, but due to a lack of development prospects in the areas were not able to create the conditions to sustainably escape from poverty.