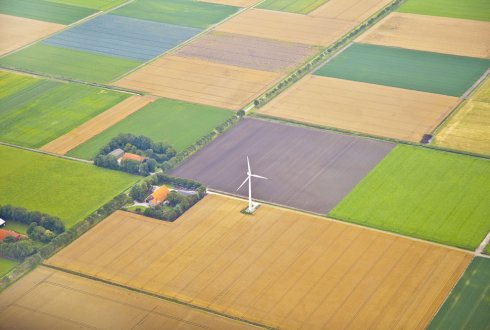 Are we able to build here without a risk of flooding?

What is the impact of more extreme weather conditions on the flower bulb cultivation, or is this a suitable place for “new” nature? The recently developed digital climate atlas offers resources to enable these types of questions to be answered.

The atlas is a national continuation and specification of the provincial sketchbooks in which the effects of climate change are shown for each region.

An important part is the Geo-portal, a website with extensive amounts of map material which anyone with questions about the climate can log on to (active as from the autumn of 2009).

Outlined on the maps are the effects of four climate scenarios on aspects such as:

Project leader Hasse Goosen from Alterra estimates that drought and salinisation are the problems that will arise, whereas to date attention has been paid in particular to flooding and the risk of flood. “As far as the latter is concerned, our safety standards are very high. In comparison: New Orleans assumed a risk of flood of approximately once every fifty years, whilst, for densely built areas, we in the Netherlands have set the standard at once every 10,000 years.”

According to the scenarios, the summers could become considerable drier. Because inlet points will become salinised, the supply of fresh water will be impeded, which will have an impact on agriculture and nature. Certain areas, such as the Veluwe, will dry out. “You might ask yourself how bad it would be if dry nature types become drier. Policy-makers have to specify what is of importance to them. We will then try to create suitable impact maps.”

Jointly with the provinces, the consortium of knowledge institutes that has joined together for the climate atlas is working on questions such as:

The intention is to put forward knowledge with which policymakers can modify their plans according to the changing climate. An important factor in these so-called adaptation measures is the nationwide hydrological underlying structure which the climate atlas will also provide. Included in this are all the bodies of water and flows in our country. The effect of, for example, fresh water supply in coastal areas in order to combat the salinisation becomes visible with this.

As far as agriculture is concerned, for each province a so-called signal crop has been appointed that is of importance for the region in question. In the forthcoming time, research will be conducted into the effects of climate change on that crop and which measures can potentially be taken. Appointed as the signal crops are:

Because both the climate scenarios and the questions developed by policymakers are subject to change, a wide consortium of knowledge institutes will continue to work on the climate atlas during forthcoming years, which has been created at the request of the Association of the Provinces of the Netherlands (IPO) in order to be of service to the public and policymakers at government, province and municipality level.

Client(s):
Association of the Provinces of the Netherlands (IPO), Climate for Space, Knowledge for Climate, Space for Geo-information