As obesity is on the increase, it is important that children learn to eat more healthily. This includes eating more vegetables. Most children do not like vegetables. We set up the project Code Delicious to study strategies for encouraging children to eat vegetables.

Children’s dietary choices are largely determined by their preferences. In other words, when given the choice, children eat the things they like. Many children enjoy fruit because it is sweet and sometimes because it is tart (sour). They are, however, less fond of vegetables because they often taste bitter.

Preferences
In the sub-studies Cognitive development and children's perceptions of fruit and vegetables, Parental child-feeding strategies in relation to Dutch children's fruit and vegetable intake and Facial expressions as an indicator of food preferences in school-aged children, researchers from Wageningen University examined the factors affecting children’s food preferences and tried to find strategies that would help parents to get their children to eat vegetables. They also tested a new method for measuring children’s preferences. Based on these results, they looked into ways of influencing children’s dietary choices.

Flavour-nutrient conditioning
First of all, the researchers studied whether children could be taught to prefer vegetables by linking the taste of vegetables to energy, a strategy known as flavour-nutrient conditioning. This test proved difficult to conduct. The research method implied that vegetable juices had to be consumed to a sufficient degree, but the children would not drink them, or would not drink enough of them. This did, however, endorse the idea that children have a strong aversion to the pure taste of vegetables.

Preparation methods
A fifth sub-study in this project – the TIPTOP study - explored the impact of various preparation methods on children’s vegetable liking. French beans and carrots were used as target vegetables and these were tasted by children in years 1, 4 and 8 of primary school and a reference group of young adults. The least favourite methods were stir-frying, blending, grilling and deep-frying, while boiling and steaming were appreciated the most. Most children were also more familiar with boiled vegetables. Another important factor was that the vegetables had to be evenly coloured (not brown) and crunchy in texture.

Freedom of choice
In the concluding sub-study, three hundred parent-child pairs were studied to see whether offering young children (4-6 years of age) a choice would have a positive effect on their vegetable intake. Before the study started, the researchers identified two vegetables per child that they ‘liked equally’, so that their choice would not be based on a strong preference or aversion.

Restaurant of the Future
Each child was given the choice of three scenarios in the Restaurant of the Future: no choice, choosing in advance which of two vegetables they wanted, or choosing from two vegetables once they were already on their plate. The researchers measured the amount of vegetables each child ate and whether they had liked them. The parents were also asked about these topics. Although the children were thrilled about being able to choose, children’s vegetable liking was not affected nor the amount of vegetables they ate.

The Code Delicious research project has generated a number of concrete leads for new strategies that encourage children to eat enough vegetables. The main challenge is to make sure that children eat more vegetables, not just for a short period, but also in the long term. 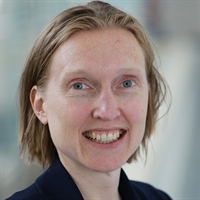