In this project which started in 2011 we aim to develop an automated methodology to screen large numbers of crop lines for resistance to two major pest species (peach aphid and western flower thrips) in Dutch greenhouse crops, and identify the responsible genetic loci by a genetical genomics approach.

In line with the Learning from Nature program, the method will be developed for Arabidopsis by taking advantage of the HapMap collection of ca. 400 Arabidopsis accessions that have been collected globally and genotyped for 250.000 SNPs (lines to be provided from the central Learning from Nature project by Aarts and Keurentjes, Wageningen University). We will first develop tools to objectively quantify differences in insect resistance in a rapid and reliable way, and will then identify genes and molecular markers for different resistance mechanisms in the model plant Arabidopsis. Subsequently, this knowledge will be transferred to ornamental and other crops. The mechanisms will be characterized at the molecular, biochemical, physiological and ecological level and can subsequently, together with the novel insect behaviour assay systems, be used to screen large numbers of lines of various crop species for orthologous genes and markers involved in similar resistance mechanisms. In doing so we will develop an important method to characterize differences in host plant resistance against insects. 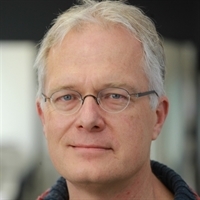