Mortality due to feather pecking is an important health and welfare problem in laying hens. The Animal Breeding and Genomics of Wageningen University & Research, in collaboration with Hendrix Genetics, has investigated the genomic regions associated with survival time in laying hens. Results point to genes of the GABAergic system, which supports existing evidence for the involvement of GABA in the development of abnormal behaviours.

A genome-wide association study was performed using genotype and phenotype data on three crossbred White Leghorn layer lines provided by Hendrix Genetics. Hens had intact beaks and were kept with sibs in traditional five-bird battery cages in Kitchener, Canada. SNP-effects were estimated one by one, both for direct and indirect effects.

We found several SNPs associated with direct effects on survival time, but none with indirect effects. In one of the crosses, a clear direct SNP-effect was found on chromosome 2, close to the GABA receptor gene (GABBR2). In another cross, the same region was associated with the social effect, although not significant. The favourable allele had a positive effect on both the survival time of the individual itself and on the survival time of its group mates. The GABA receptor gene plays an important role in the regulation of neurotransmitters in the brain. Several studies have shown that GABA plays a role in physiological and behavioural stress in many species, and is associated with behavioural disorders. The results have been published in Genetics Selection Evolution (free access). 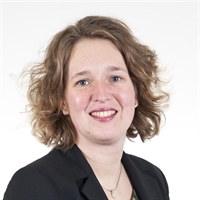