The Environmental Systems Analysis Group provides the possibility for students to do their thesis in collaboration with our group. This is one of many possible thesis subjects. Please feel free to contact professor De Vries, dr. Reinds or Alkemade (right) for more information.

To assess human-induced changes in biodiversity at European and global scales methods has been developed to describe the response of species to changes in land cover, land-use intensity, fragmentation, infrastructure development, climate and atmospheric nitrogen deposition. The Bioscore project resulted in an extensive database on species requirements and sensitivity to changes in N deposition. From these approaches various indicators can be derived that may be used for assessing plant species diversity shifts based on different weighting approaches, such as weighting to the intrinsic 'importance' of each species from a nature conservancy point of view.

At global level simple cause–effect relationships for climate change and N deposition are applied, using the mean abundance of species relative to their abundance in undisturbed ecosystems (MSA) as indicator for biodiversity, which are applied in the GLOBIO3 model. In addition, detailed data sets are available at European scale that allow the assessment of the probability of plant species occurrence as a function of climate, soil pH and N deposition.

The aim of this thesis or internship is to analyze impacts of changes in climate and N deposition on changes in different biodiversity indicators at European scale using the VSD+-EUMOVE model and comparing results with those obtained by the GLOBIO model for Europe.

An internship at Alterra is also possible.

Read more about the project ECLAIRE, Effects of air pollution in interaction with climate change on ecosystem services. 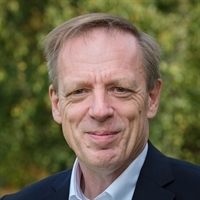