A dominant and useful bacterium called Akkermansia muciniphila is present in the intestinal system of all humans, from babies to the elderly. This microorganism is found in the intestinal mucus layer that protects against intruders. Even more remarkable is that this bacterium has a favourable effect on the disrupted metabolism associated with obesity. Prof. Patrice Cani from Brussels and Prof. Willem de Vos from Wageningen University, together with their colleagues, published these findings in the scientific journal Proceedings of the National Academy of Sciences (PNAS) on 13 May. They see potential in deploying Akkermansia bacteria to further understand and treat obesity and medical consequences.

Obesity and type 2 diabetes are both characterised by symptoms including inflammation, changes in the composition of the intestinal bacteria and the disruption of the natural barrier in the intestines. Ten years ago, researchers at the Laboratory of Microbiology at Wageningen University, part of Wageningen UR, discovered the bacterium Akkermansia muciniphila (named after the Wageningen microbial ecologist Dr Antoon Akkermans, 1941-2006), which was able to grow in the mucus layer of the intestines. The bacteria were apparently present in large numbers in humans (and rodents) that were not overweight. Fewer were present in humans and rodents with inflammations or obesity. The microbiologists at Université Louvain in Brussels and their Wageningen colleagues wondered what the role of this bacterium could be.

In the article that appeared on 13 May in the journal Proceedings of the National Academy of Sciences of the United States of America, the research team concluded that the bacteria are less frequent in mice with induced obesity and with type 2 (adult-onset) diabetes. Furthermore, administering rather indigestible fibres such as oligofructose, known for its advantageous effect on intestinal biota, resulted in a recovery of the Akkermansia population in mice. The presence of the bacteria strengthens the intestinal barrier and is also inversely correlated with weight increase (fat storage), inflammation reactions in fatty tissues and insulin resistance. However, is there also a causal relationship between the favourable developments and the occurrence of Akkermansia bacteria?

To check that, the researchers administered Akkermansia bacteria to ordinary mice on various diets. With a normal diet, no effect was noticed but in mice that became overweight as a result of a high-fat diet, the Akkermansia bacteria caused a reduction in fat development and associated metabolic defects, without affecting food intake. After the administration of Akkermansia bacteria, there was an increase in endocannabinoid levels, a substance that ensures blood glucose remains at the correct level. In addition, the intestinal barrier function was strengthened. Only intact, living bacteria produced these results; the researchers noticed that bacteria that had been heated beforehand had no effect. Although human studies have not yet been carried out, the results seem to show potential; a treatment with Akkermansia bacteria could reduce inflammation and may prevent obesity.

The research has been partly funded from the Advanced ERC Grant allocated to Prof. Willem M. de Vos. 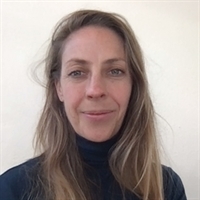