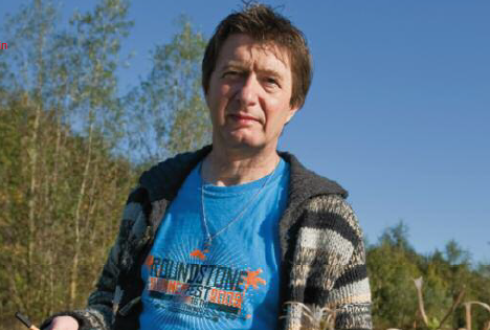 Vegetation ecologist Joop Schaminée always likes to record his observations in detail, in notebooks, databases, journal articles, and preferably in lavishly illustrated books. To date, he has published about 25 books, including a series of books on vegetation and wildlife of European significance in the Netherlands, which was recently completed.

The three hefty tomes, one on the higher parts of the Netherlands, one on the low-lying parts and one on coastal areas, are the most recent additions to the series of books on ‘Natura 2000’ in the  Netherlands. Together, these handsome books describe the 165 natural habitat sites that have been given special protection status by the European Union, with their locations, the species and communities occurring in them and their legal status. ‘The series is primarily intended for policymakers, property developers and conservationists’, says Schaminée, who cowrote the books with his colleague John Janssen and other experts. ‘But actually, we wanted to show everyone that the Netherlands is an ecologically valuable country.’

Schaminée has been fascinated by the world of plants and animals ever since he was a child, when he turned one of the rooms in his parent’s home into a natural history museum. For a few cents, friends and neighbours could come and look at his collection of mammoth teeth, butterflies and pressed plants.  ‘My fascination with nature developed from within’, remembers Schaminée. ‘My parents had no time for plants and animals. They were too busy working in the local pub my father owned in a small village in the south-eastern province of Limburg.’

Read the whole story "Made by Alterra"