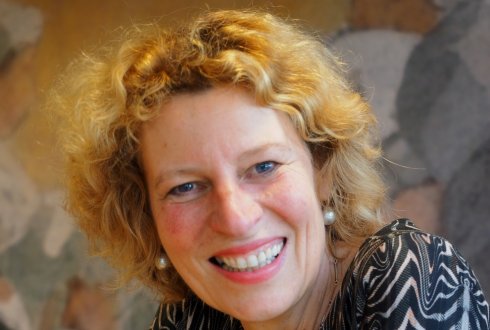 ‘The Wageningen Ambassadors platform gives me a channel to express my involvement with Wageningen UR. I have benefited a lot from my time at Wageningen and look back on it with pleasure.’

After completing her degree in Land Development at Wageningen University in 1984, Mariënne Verhoef taught for a while at the ROC regional training centres, but quickly changed tack and joined the Ministry of Agriculture, Nature and Food Quality, where her career as an urban planner began. She was appointed project leader at the regional directorate and then switched to management, as head of the outdoor recreation department. In 1995, Mariënne Verhoef was appointed deputy director of P&O and, two years later, director.

Her next career step took her to the Ministry of Finance where she held the post of Deputy Secretary General until 1 October 2006. She now sits on the two-member Executive Board of Spirit, a youth-care organisation that employs more than 1200 workers in Amsterdam and the regions of Zaanstreek/Waterland, Amstelland and Meerlanden. Every year, approximately 7,000 young adults make use of the support provided by Spirit. Mariënne Verhoef is also Vice-Chair of Wageningen Ambassadors.