Plants are at the basis of most terrestrial food webs and they are exposed to a multitude of insect species at different trophic levels. Plants appear to have important effects on the dynamics of the insect community because plants affect herbivores as well as their natural enemies in direct and indirect ways.

An important aspect of the plant phenotype is plant volatile chemistry. Plant volatiles affect host plant selection by herbivorous insects as well as the searching for herbivores by predators and parasitoids. The plant’s volatile chemistry is highly plastic and is influenced by interactions with members of the insect community.

Interaction between plant and insect

We will address the interaction between plant volatiles and insect community dynamics for our model system that consists of Brassica oleracea and its associated insect community. We have ample experimental data for this system. For instance, an exposure of B. oleracea plants to one week of feeding by two Pieris rapae caterpillars early in the season affects season long dynamics of the insect community in the field. Moreover, exposure to P. rapae caterpillars has been shown to differentially affect the colonization behaviour of three insect herbivores and their parasitoids. Here we will address the question how insect community dynamics is influenced by a plant’s (dynamic) chemical profile.

This will be done through a systems biological modelling approach that is supported by experimental data from complementary finished as well as ongoing research projects. By using experimental data to parameterize, verify and refine the model we aim to understand how the metabolite network influences the ecological insect network by differentially affecting individual members of the insect community 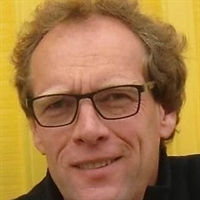