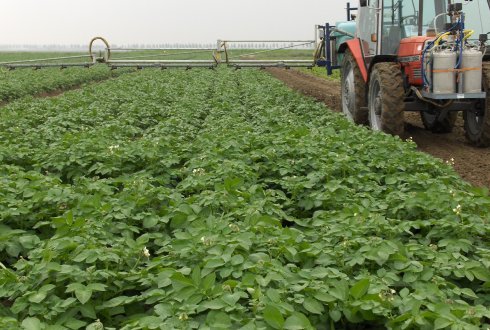 Transferring genes from one apple or potato to the other to make this resistant to diseases. This form of genetic modification, called cisgenesis, yields the same end product as classical breeding, but is accelerating the process by many years. This is the reason for scientists of Plant Research International to carefully utilise the possibilities of genetic modification.

Genetic modification offers possibilities that can not – or only with difficulty – be reached via classical breeding. One of the possibilities is to introduce - in a shorter time - resistance against various pests and diseases resulting in farmers needing to spray fewer chemicals. This saves them costs, it is better for the environment, and improves worldwide food security. But such genetic modification must be carried out very carefully and farmers should smartly combine the use of such resistant crops with other control techniques.

This is precisely how our scientists are working. Take resistance breeding of potato against the dreaded Phytophthora disease where they are applying the principle of resistance management. This means that the scientists prefer to insert more than one resistance gene because the resistance of a single gene is sooner broken. But it also means that they are advising farmers to combine cultivation of a resistant cultivar with other measures to suppress the disease, such as an occasional, very specifically targeted, spray.

Careful also means that our scientists are listening to societal objections to genetic modification. They try to meet these objections by developing very specific techniques. For potato, e.g., they are searching for resistance genes against Phytophthora in all sorts of potato species and for apple they are searching for scab resistance genes. And they are then inserting such genes into a commercial cultivar. This means that species-own genes are involved, which can also be inserted via classical breeding. The difference is that this so-called cisgenesis is considerably accelerating the process.
A different technique is to first use the genes of, e.g., a bacterium for the modification but to remove this again from the end product to avoid consumers unnecessarily being confronted with such types of genes. Our scientists are also working on methods where they are, via an almost surgical operation, turning one allele into a different allele, making the plant, e.g., resistant to a certain disease.
Because objections against genetic modification still exist and because many people are not precisely aware of what this involves, our scientists are also spending much time on communication about the technique itself and about the advantages and possible disadvantages. 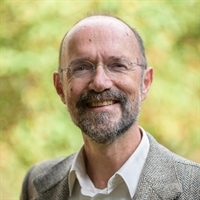