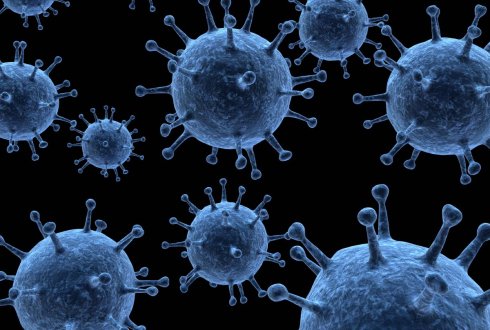 As the Netherlands is densely populated with both people and livestock, zoonotic diseases can spread very quickly. To prepare for future virus incursions in Europe, a public-private consortium including Wageningen works on vaccines against the animal-human transmittable avian influenza virus and Rift Valley fever virus. The vaccines are developed and evaluated in the new biosafety level-3 animal facilities of Wageningen Bioveterinary Research. Prevention and control of infectious diseases in the animal population ultimately offers the best protection for public health. Vaccine development for farm animals may also lead to human vaccine candidates.

The aim of the Castellum project is to develop vaccines against the avian influenza virus and the Rift Valley fever virus. The effectiveness of the vaccines will be tested in the recently opened national zoonoses research facility.

Zoonoses are infectious diseases that are transmitted from animals to humans. Examples include avian influenza, Q fever and Rift Valley fever. The Netherlands is densely populated with both people and livestock; as a result, infectious diseases can spread very quickly. More than 60 percent of all newly discovered infectious diseases of humans originate in animals. Zoonoses can harm animal and public health and cause economic damage and severe social unrest, for instance when infected animals have to be culled to prevent further spread of the disease. To combat zoonoses effectively, the Netherlands requires specialised knowledge and a high-quality infrastructure to expedite the development of vaccines against emerging infectious diseases.

The new animal facility allows studies on zoonotic infectious diseases caused by bacteria and viruses, such as Q-fever, Rift Valley fever and avian influenza. The facility is secured with advanced technology to prevent the spread of dangerous bacteria and viruses into the environment. CVI employees are also well protected against these pathogens when the studies are conducted.

The existing High Containment Unit (HCU) accommodates the only laboratory and animal facilities in the Netherlands with a veterinary Biosafety Level 4 (vBSL4) certification; this means that it is safe to work with highly contagious animal diseases such as foot-and-mouth disease and classical swine fever. The addition of the new animal facility with a human BSL3 certification allows research to be conducted into the prevention and control of infectious diseases that not only affect animals but also humans.

The entire project, which involves the construction of the laboratory and a multiyear research programme, began in 2011 and will continue until 2017. It bears the name Castellum, which is Latin for a fortified military encampment. This is a metaphor for the protection that vaccines will soon provide against the introduction and spread of zoonoses. The rationale is 'One Health', which means that prevention and control of infectious diseases in the animal population ultimately offers the best protection for public health. In addition, the development of vaccines for farm animals will likely also lead to vaccine candidates that can be developed for humans. The programme can also tackle the challenges offered by the Top Sectors Life Sciences and Agri & Food. For example, vaccination of animals can help to reduce the use of veterinary antibiotics significantly.

Castellum is a public-private consortium funded by the Ministry of Economic Affairs; besides the CVI, the participants are the Faculty of Veterinary Medicine of Utrecht University, the National Institute for Public Health and the Environment (RIVM) and MSD Animal Health.

The Castellum consortium aims to develop knowledge and infrastructure for vaccine development against emerging zoonoses. Its primary goals are to protect animal and public health and to prevent direct and indirect economic damage caused by outbreaks of zoonoses.