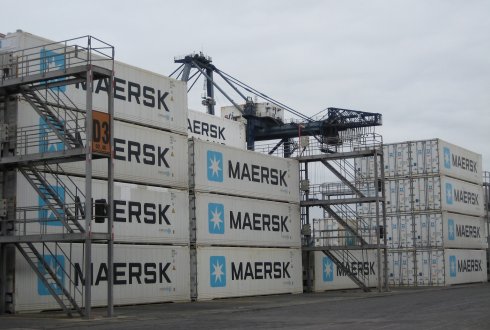 The new Quest II (patent pending) control methodology for container refrigeration units reduces the energy consumption of reefer containers by 65%. This saving comes without any adverse effect on produce quality.

Quest stands for QUality and Energy in Storage and Transport. Quest II has been developed by Wageningen UR Food & Biobased Research, shipping line Maersk Line and reefer unit manufacturer Carrier Transicold. The original idea dates back to 2002 and resulted in Quest I. In 2007 Maersk starts to use the Quest I Software to reduce the energy consumption. In parallel the development of Quest II started. The main energy savers in Quest II are a balanced internal air circulation and a no part-load compressor operation. The effect of Quest II temperature control on product quality was thoroughly investigated for a range of products, both in labscale tests and in hundreds of field trial shipments. Neither the labscale tests nor the field trials have ever revealed any adverse effect of Quest II on produce quality. Since completion of the development project in 2011, Maersk Line has started to introduce Quest II in its fleet.

Quest II reduces Maersk Line’s yearly CO2 emission with 350,000 tons. Such savings are comparable to the CO2 emission of cars driving 2 billion kilometers. We will continue to innovate in the cold chain. Two natural areas of activity are the re-use of the Quest II knowledge in adjacent fields of use, like cold storage and further control improvements in reefer containers.

More information about the project