This paper presents a sparse, remote sensing-based sampling approach making use of conditioned Latin Hypercube Sampling (cLHS) to assess variability in soil properties at regional scale. The method optimizes the sampling scheme for a defined spatial population based on selected covariates, which are assumed to represent the variability of the target variables. The optimization also accounts for specific constraints and costs expressing the field sampling effort. The approach is demonstrated using a case study in Morocco, where a small but representative sample record had to be collected over a 15,000 km2 area within 2 weeks. The covariate space of the Latin Hypercube consisted of the first three principal components of ASTER imagery as well as elevation. Comparison of soil properties taken from the topsoil with the existing soil map, a geological map and lithological data showed that the sampling approach was successful in representing major soil variability. The cLHS sample failed to express spatial correlation; constraining the LHS by a distance criterion favoured large spatial variability within a short distances resulting in an overestimation of the variograms nugget and short distance variability. However, the exhaustive covariate data appeared to be spatially correlated which supports our premise that once the relation between spatially explicit remote sensing data and soil properties has been modelled, the latter can be spatially predicted based on the densely sampled remotely sensed data. Therefore, the LHS approach is considered as time and cost efficient for regional scale surveys that rely on remote sensing-based prediction of soil properties.

Latin Hypercube Sampling using remote sensing data can increase the effectiveness of soil sampling. ? The method relies on strong relations between spectral data and soil properties. ? Since sparse sampling may fail to express spatial correlation, soil spatial variability should be represented by the exhaustive sample of spectral data. ? The method is demonstrated using a case study in Morocco. 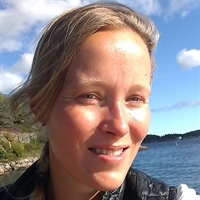