Foot and mouth disease (FMD) is considered as the most economically important animal disease in the world. The economic impact of the disease and the incentive to invest on control depend, among other factors, mainly on the type of farming system and the exporting potential of the country for animal and animal products.

In Ethiopia, livestock production is dominantly traditional extensive system (croplivestock mixed system and pastoral system) and small portion of intensive dairy and feed lot. Foot and mouth disease occurs endemically in all production systems. Although it is generally considered that FMD has less impact at farm level in extensive production systems, there are evidences elsewhere in the world that show economic importance of the disease in these types of systems and a positive economic return from investment in control programs.

Livestock specially cattle play an important livelihood role in Ethiopia as source of draught power for 80% crop production and major source of subsistence milk for pastoral community. These added to the country’s large potential for export of livestock and livestock products could make the socioeconomic impact of FMD substantial, and investment in its control an economically rational consideration. However, studies on the socioeconomics of FMD in the Ethiopia are lacking to support decision making on control undertakings.

The main goal of this study is, therefore, to assess the socioeconomic impact of FMD across different cattle production systems, and conduct economic analysis of potential alternative control strategies to support decision making in the control of the disease in Ethiopia. 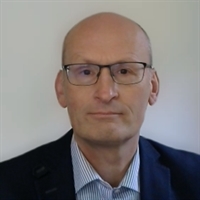