Soil erosion on the Chinese Loess Plateau is a major problem. The main on-site effect is loss of arable land, while off-site impacts include silting up of rivers and reservoirs. The aim of the multidisciplinary Erochina project was to find ways to reduce erosion rates in small catchments on the Loess Plateau.

Within the project, current erosion rates were measured using a variety of measurement methods, and effects of promising soil conservation measures and land use changes on reducing soil erosion rates were quantified using the spatially distributed simulation model LISEM. The project made use of the expertise available at the Environmental Sciences Group for measuring watershed properties and hydrological behaviour, including simulation of observed and future erosion rates. The Erochina project was coordinated by Alterra and implemented by six partner organisations from China, Sweden, the UK and the Netherlands.

The effects of these scenarios on erosion were calculated using the soil erosion and hydrological simulation model LISEM and the economic consequences for the farmers were evaluated using participatory approaches.

The three alternative scenarios for reducing erosion rates in the near future were:

The results show that restricting the use of steep slopes for agricultural production greatly reduces discharge and the rate of erosion (ranging from 33% to 71%). Notably, the relative reduction in soil loss was always larger than the relative reduction in discharge. In all scenarios the conservation measures delivered relatively small reductions in discharge and soil loss (ranging from 2% to 21%) and the biological measures were always more effective than the mechanical measures.

Economical analysis indicated that, under the 25º scenario, income from farm production can only be kept at the same level if farmers receive governmental support for food and seedlings as well as benefit from envisaged cropping intensifi cation. However, under the 15º scenario, income from farming in both villages would be reduced drastically by almost 30%, despite government support and benefits from cropping intensification. 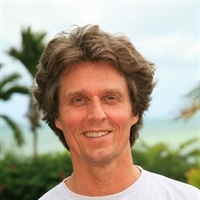 Partners:
Other parties involved:
Six partner organisations from China, Sweden, the UK and the Netherlands.