Elephants belong in South Africa’s Kruger National Park. They attract tourists and create important economic advantages. However, the presence of too many elephants comes with negative consequences. Large trees disappear from the landscape, which in turn reduces the population density of other herbivores such as giraffes.

The presence of elephants is essential for African wildlife reserves such as Kruger National Park. They are both an important tourist attraction and an essential part of the savannah ecosystem. Lots of elephants bring in lots of tourists, which means lots of income. From an economic point of view, there almost can’t be too many elephants. From the point of view of the ecology, however, the opposite is true. Large trees disappear from regions with high numbers of elephants, because the elephants push them over. As a result of these changes in the landscape, giraffes and other herbivores may withdraw from the area.

Within the TEMBO research project, Dutch, African, Australian, and American scientists in the fields of ecology, economy, and remote sensing are working together on a model which can predict elephant distribution. This model can help wildlife reserves to make sure that they have the ecologically and economically ideal number of elephants. The name TEMBO, which stands for “The Elephant Movements and Bio-Economic Optimality Programme,” was not chosen at random. “Tembo” means “elephant” in Bantu, an important language group in Africa.

In order to develop a model of the distribution of elephants within a nature reserve, it is important to know where they are in the first place. Then the task is to find out why they can be found at precisely those locations. In order to answer these questions, the research looked primarily at the amount of vegetation present, the quality of the vegetation, and the presence of water. It is known that these three factors strongly influence whether elephants are present at a particular location. Environmental factors such as temperature and altitude are also important.

The Wageningen University Chair Groups Resource Ecology (REG), Systems and Control (SCO), and Development Economics (DEC) have been involved in every stage of the research. Fred de Boer, TEMBO project coordinator and researcher with REG, says, “The scales make the model complex and at the same time give it its value. In this way we are better able to understand why concentrations of elephants are greater in certain areas. For instance, elephants make do with a certain amount of food during dry periods, while during the wet season, they go looking for the best quality of food. They look for food with high quantities of nitrogen, which is necessary for growth and reproduction.”

TEMBO’s first results have met with positive reactions in South Africa. In addition, the basis for the model, which fundamentally is concerned with the spatial distribution of animals, is also suited to other applications. Researchers from IMARES , the research institute for marine ecology at Wageningen UR, plan to use the model to optimise fishing activity. 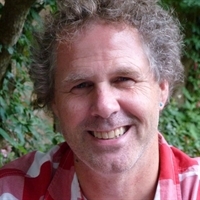