Streptococcus (S.) suis can cause invasive disease in pigs and humans. Meningitis is a common manifestation in S. suis infected pigs and humans where S. suis cross mucosal epithelia, persist in the bloodstream, and invade the blood brain barrier (BBB) or blood cerebrospinal fluid barrier (BCSFB) to enter the brain. We think that unidentified virulence factors contribute to S. suis crossing of the BBB, and that these factors are present on the outer surface of S. suis. Enolase is expressed on the surface of S. suis, and host plasminogen (PLG) can bind to S. suis purified enolase protein in vitro. Our hypothesis is that in vivo, surface-associated enolase facilitates S. suis invasion of the BBB by degrading proteins such as fibronectin in the extracellular matrix of host cells.

The project objective is to determine the relevance of S. suis enolase in crossing the BBB. Physiological and molecular research on S. suis will help reveal the mode of action of enolase in bacterial invasion. The improvement of in vitro BBB cellular models will provide in vivo-like environments for research with S. suis and other pathogens.

To investigate the role of enolase in S. suis invasion of the BBB, we will develop the in vitro BBB model using human and pig iPSC-derived endothelial cells and generate CRISPR/Cas9 mediated site-directed mutations of enolase in S. suis. The BBB model will be challenged by S. suis wildtype and mutant strains. We will investigate the effects of enolase on the integrity of cell monolayers by TEER measurement, immunohistochemical staining, RNA sequencing, and chemokines detection.

For this project, we are looking for BSc/MSc students in the field of molecular biology, Bioinformatics, Animal Sciences, or related fields. We expect that the student has interest in learning immunohistochemistry, molecular methods as DNA/RNA isolation and PCR, or cell culture. 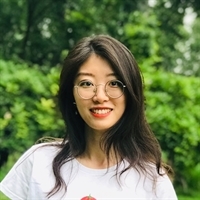