As the Natural Attenuation process is rather slow in general, these chlorinated solvent locations have a negative effect on the spatial planning developments at these sites. Furthermore the total number of probably contaminated sites in NL has increased up to 400.000 to 600.000. Therefore a site by site approach will not be effective and an area based approached is proposed for such urban areas.

Since about 1990 the sustainable energy technology known as Aquifer Thermal Energy Storage (ATES) has been developed. Until now about 1000 systems are installed. In the governmental policy on sustainability it is aimed at to have 10.000 to 20.000 ATES systems in 2020. As individual systems may interfere with each other also here an area based approach is aimed at.

Here we aim at the beneficial combination of ATES and bioremediation of the subsurface.

As groundwater in NL has a temperature of about 10oC, the microbial degradation in general can be speeded up by increasing the temperature.

Here we aim at the combination of heat storage and stimulation of the in situ bioremediation of chlorinated solvents in the subsurface.

Field measurements and operational ATES parameters are compared with subsurface heat transport models (MODFLOW/MT3D/SEAWAT) to study the process of heat transport through the subsurface. This is coupled to (heat dependant) biodegradation models (for example PhreeqC).

Further implementation and area based approaches will be modeled related to integration in urban environments. 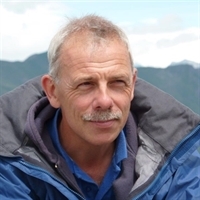