Flowering is an important process tightly controlled by environmental cues and changes in ambient temperatures drastically affect flowering time. Because of this, climate changes and global warming have a significant effect on crop yield. In this project we study how changes in ambient temperature are translated into flower inducing or repressing signals. Genes involved in this process are identified and underlying molecular mechanisms are elucidated.

Due to global warming and the introduction of sustainable energy technologies in greenhouses, environmental conditions of field-grown and greenhouse crops change drastically. Increasing temperatures have generally a negative effect on crop yield and affect where certain crops can be grown. In order to ensure sustainable food production, novel crop varieties need to be generated that are less sensitive for, and adapted to more extreme temperature conditions. Fortunately, the capacity to cope with changing environmental conditions differs between varieties, opening the road for optimization of this trait by breeding.

We identified that splicing patterns of key flowering time regulatory genes belonging to the MADS box transcription factor family are altered upon temperature changes. As a result, transcript isoform concentrations change in a temperature dependent manner. Decreasing and increasing temperatures that affect flowering time in an opposite manner, affect e.g. the ratio of two transcript isoforms of the FLOWERING LOCUS M (FLM) MADS box gene in an opposite manner in the plant model system Arabidopsis thaliana. Protein-protein interaction studies revealed that the MADS domain proteins encoded by temperature-induced isoforms have different interaction patterns, which is supposed to result in functional diversification. Overexpression studies confirmed this and showed e.g. loss of flowering repression capacity for particular MADS domain protein isoforms.

Genome-wide analysis of the effects of temperature on gene expression by RNAseq shows that besides changes in expression levels the splicing patterns of a large number of genes are altered, including various key flowering time regulatory genes. Currently, we investigate the natural variation for this trait and the conservation of the underlying molecular mechanism. In comparison to what we know about the regulation of key flowering time regulators in response to winter temperatures, we might expect that the observed effects of ambient temperature variations on expression levels of flowering time regulating genes has an epigenetic basis. Therefore, it is our ambition to analyze possible alterations in selected epigenetic marks upon temperature changes. In addition, a bioinformatics and mathematical modeling-based approach is followed to translate the knowledge obtained in Arabidopsis to important brassica crops, such as cauliflower. 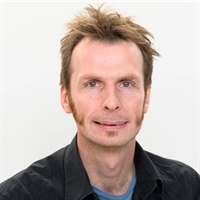