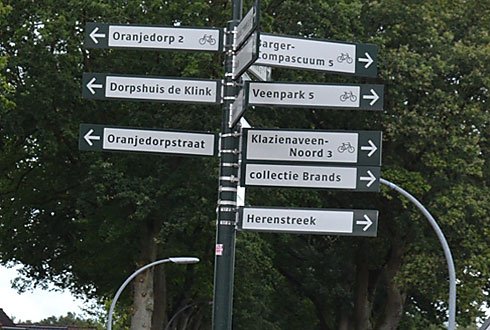 This project concerns the development of activities by residents of the Dutch village of Nieuw-Dordrecht and the role of a village cooperation in this process.

How can the residents of Nieuw-Dordrecht be stimulated to collaborate in developing activities contributing to the social cohesion and liveability of the village and what could be the role of establishing a village cooperation in this?

In the process of establishing a village cooperation, many different actors are involved, each with their own ideas, wishes and interests. To develop and successfully introduce new ways of collaboration, an understanding of the current context, in which the intended changes have to be embedded, is required. This context is constructed through the different perspectives, ideas, mutual relationships, identities and visions about processes and development of all parties involved. Therefore, a literature study was conducted into the concept of framing. Subsequently, the framing approach was used to analyse the current context and study the ways in which the actors involved try to influence the process. Specific attention was paid to the ways in which meaning was attributed to the problem at hand, the mutual relationships and identities, and the negotiation process. Using the insights of the literature study, interviews were conducted with key figures; persons with particular knowledge about Nieuw-Dordrecht and (future) developments residents are faced with. During several meetings, organized by villagers or other actors involved, discussions about the establishment of a village cooperation were observed. During these discussions, insights from the research by the Science Shop were shared in order to support the involved actors in developing a strategy. Together with the researchers, the village council has reflected on the outcome of the research.

The Science Shop project ‘Towards a village cooperation in Nieuw-Dordrecht’ is part of a long term process in which different actors look for new ways to collaborate and are willing to learn about this. The research shows different possible approaches for collaboration, how these relate to the current context and what potential pitfalls the involved actors have to take into account. The research by the Science Shop is used as input for a survey, conducted by a group of residents from Nieuw-Dordrecht in close cooperation with project organization STAMM.

The added value of a village cooperation for Nieuw-Dordrecht

The ownership of the process and the mutual relationships

The ideas amongst the key figures about the ownership of the process differ. The village council represents the villagers, but is not regarded a good frontrunner. Their activities and results are not visible to everybody. The municipality of Emmen and Emmen Revisited are not expected to play an immediate role as well.

To overcome past conflicts, a group of young residents should take the initiative, according to some key figures. Furthermore, residents have to be actively approached, since they will not come to the fore by themselves. The group of residents working on the survey is active and the members show initiative, for example by developing a memo and questionnaire by themselves.

Interviews with key figures, discussions during meetings and conversations with residents show that additional social and economic value can be created by improving the cooperation between associations and professional organisations. The organisations currently active in Nieuw-Dordrecht often focus too much on their own interests and activities. By seeking mutual cooperation, more insights can be gained on who is doing what, what is going on in the village and who might contribute to solving problems. The establishment of a village cooperation could help improve collaboration. The residents believe there are several issues that need to be addressed. In some cases, professional organisations are held responsible for providing solutions, but residents also see opportunities to address issues themselves. Therefore, residents of Nieuw-Dordrecht should take the initiative for establishing a village cooperation. They have to consider themselves the owners of both the problems as well as the solutions. External pressure, for instance from the municipality or Emmen Revisited, could prove counterproductive.

In order to involve other residents, they have to be approached actively with tangible ideas. In Nieuw- Dordrecht, people will not come to the fore easily. Furthermore, the concept of a ‘village cooperation’ or ‘village enterprise’ is unknown to most residents and too abstract. Tangible ideas allow residents to better understand the consequences and possibilities. Only then it will become clear whether or not public support is there.

Starting with tangible ideas, other actors can engage in a negotiation process. Only then it will become  clear what consequences an initiative has for all actors involved. This is a prerequisite to engage in a meaningful, substantive discussion about who has to take responsibility for what.