Bio-fuels constitute a novel opportunity to provide new sources of income for poor rural communities involved in their production in developing countries.

This research programme aims to understand the impact of development interventions that are based on bio-fuel production. It seeks to analyse different bio-fuel production models, as well as their developmental impact - on rural livelihoods and resource competition - in areas of production expansion. The programme focuses on southern Africa, and build on a country case study of Mozambique, where various bio-fuel initiatives are being developed and promoted by both local and international agencies in absence of detailed assessments of their developmental impact, especially the differential ways in which these initiatives may benefit or negatively affect the environment and livelihoods of the rural poor.

Current policy in Mozambique aims to stimulate production of energy crops for biofuel with a number of goals: to stimulate rural employment and rural development, to address local and national energy needs (in particular to substitute for transport fuels). Export of biomass to third countries for bio-energy generation, or the relationship between bio-fuels and mitigation of global warming are not mentioned. In the Netherlands, government policy revolves around the potential environmental benefits of bio-energy in terms of mitigation of global warming. It also aims to stimulate the import of biomass for bio-energy conversion in the Netherlands. The major means to ensure that feedstock imported for the energy industry is produced in a sustainable manner, and thus to support environmentally-friendly bio-energy production in the Netherlands, is through the setting up of a certification scheme.

Although many Dutch ministries, including DGIS, are involved in recent policy statements and actions, the relationship between the rapid expansion of bio-fuels and opportunities and threats for sustainable development in Africa and other parts of the developing world is poorly articulated.

Bio-fuels enter an arena of existing competing claims on natural resources (land and water). Such claims manifest themselves at various scale levels, and are not confined within national borders but are transboundary in nature. The increasing demand for bio-fuels adds further pressure and complexity as it leads to additional claims on land and water resources by (multi)national bio-energy companies. This raises questions on how these new claims impact on local populations that depend on natural resources for their livelihoods. Do local populations have choices, in particular when claims are superimposed or overlapping? How can local populations be involved, reap benefits or at least not be deprived from resources on which they base their current livelihoods?

Together with partners from research organisations in Mozambique, and with policy-related institutions in Southern Africa, we have developed this proposal for research to analyse current and future developments around bio-energy. The central research question we will address is: Which local, national, regional and international bio-fuel production initiatives favour the inclusion of local stakeholders in the development process, and under which conditions are they most likely to benefit the livelihoods of the local rural population? (as opposed to them being marginalized by powerful extra-local stakeholders’ interests in local resource use).

Our research results will be presented in a set of seven thematic reports, each of

which will be distilled into a short ‘policy brief’, and in ten MSc research theses. Two overarching scientific articles will be written to synthesise the findings. Two international workshops will be held to discuss the findings and to feed directly the policy debate, both in Mozambique and the Netherlands.

The following Journal articles have been published:

Anouk van Grinsven, 2009 The irrelevance of macro monitoring of the indirect effects of biofuel production in developing countries. Discussion paper macro monitoring written during internship with the Ministry for Development Coopertion, The Netherlands.

Within the Competing Claims, Competing Models project, several Policy Support Papers and Reviews have been issued:

Darell Hufman, 2010 Biofuels for today and tomorrow. A policy brief on the quest for sustainable biofuel production, processing and use in Mozambique/ supervision Peter Oosterveer from Environmental Policy and Maja Slingerland from Plant Production Systems

Seminar on Competing Claims - Competing Models: Bioenergy in Mozambique, 8-9 December 2010 Organised by Wageningen University, with policy makers and NGOs. Presentation of programnme outputs, Wageningen and The Hague, The Netherlands 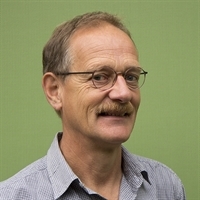