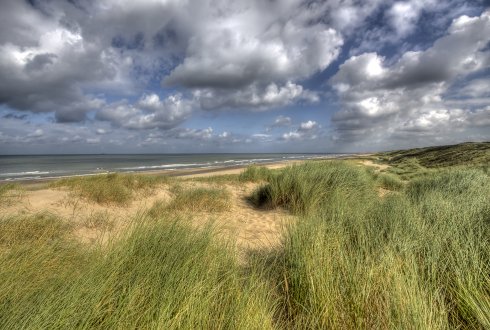 Join forces with nature. This should be our land use and coastal and river management strategy. We should not fight nature, but use its power. It is only in this way that we can provide a growing global population with food, energy and a safe place to live while using the earth’s surface both intensively and sustainably, said Professor Jakob Wallinga on assuming the chair of Soil Geography and Landscape at Wageningen University.

In pre historic times, people made use of the landscape as they encountered it. They adapted their lifestyle to what nature offered them. Gradually, however, the process of adapting and altering the landscape to the needs of humanity began. More recently, this process stopped taking the existing landscape into consideration and simply developed it. Currently, fifty per cent of the earth’s land mass has been altered or adapted by humanity. The amount of earth moved around as a result of human action is now equivalent to lowering the earth land surface by three centimetres during the 80 years of a human’s lifetime. This is a huge impact, compared to the natural denudation rate of two millimetres during the same period, according to Wallinga in his inaugural address To see a world in a grain of sand.

Unfortunately, says Wallinga, up until now humanity has not been very successful in their management of the earth’s surface. While intensive interventions have addressed specific problems, these interventions have only solved the problem in the short term, with little regard for the long term. Due to this, long term effects are often unexpected and sometimes devastating. Although we have invested greatly in preventing floods by constructing dikes and dams, , the occurrence of floods is increasing globally due to a combination of climate change, building practices and changes in land use.

The Dutch river delta provides an example of an undesirable, long term environmental response. We have been busily building dykes along rivers in order to prevent floods and draining our land with wind and machine power since the eleventh century. The consequence of this is that the ground level of the Netherlands has dropped considerably. Wallinga: “We have pumped ourselves down to several metres below sea-level in some places. This has made us very vulnerable to extreme events.”

We have been intervening in natural systems for thousands of years with too little insight and understanding into how the system works and, moreover, into the long term effects of our interventions. Concurrently, it is becoming increasingly clear that nature organised things quite well without human intervention, explains Professor Wallinga. In his opinion, it is time that people became aware that it is better to work with, rather than against the forces of nature.

Knowing about the historic developments of soil and landscape is essential, says Professor Wallinga. Instead of saying that we should “walk towards the future”, the Professor inverts the metaphor to tell us that we should “walk backwards”. This is in contrast to Western society’s sometimes overly confident belief. In his branch of expertise it is better to walk backwards, looking squarely back in time. Only a rear view mirror vision mirror should be angled towards the future. It is in this way that we can prevent ourselves from making mistakes which will determine our future.

The topmost layer of the earth’s surface consists of a myriad of information about the development of soil and the landscape. These developments have taken place over several millennia. The deeper we dig, the further we go back in time. If it is carefully studied, the soil of the past can provide insight into the future, states Wallinga. We can see how things develop, also in time; how the soil has reacted towards changing and sometimes extreme circumstances, and how resilient it is.

Soil and landscape are complex systems with different phases of dynamic balance. These systems can experience sudden, extensive changes in response to minor causes. Wallinga sees the process of ascertaining precisely what tips the balance (cf. the theory of Professor Marten Scheffer and co.) towards an undesirable situation as a challenge. Alternatively, determining how a system can knowingly be tipped towards a desirable state is even more interesting: “Wouldn’t it be great if with a small intervention, we could shift the eroding Dutch coast into a naturally prograding system?”

Jakob Wallinga (Enschede, 1973) has been Professor of Soil Geography and Landscape at Wageningen University since 1 November 2012. He chairs the Soil Geography and Landscape group. He is also the founder and director of the Netherlands Centre for Luminescence dating (NCL), which became part of Wageningen UR (University & Research centre) upon Wallinga’s appointment in 2012. Luminescence dating is a technique which determines depositional ages of sediments, allowing the reading the natural archives of soil development and landscape evolution.