Assessments of the genetic differences between individuals and between populations at different geographic locations can shed light on historical migration patterns.

RRecent developments in the field of landscape genetics and genomics yielded methods to detect spatial genetic structure and levels of exchange of genetic information between subpopulations. These techniques can for instance be used to delineate management units (groups of individuals managed as representing a single population) or to assess the effect of potential (man-made) barriers for exchange, such as roads or railways. Herewith, genetic analysis may for instance aid decisions if and where costly mitigating measures like ecoducts should be realized.

Recently we conducted this type of studies for a range of wildlife species, including Pine martens, Wild boars, Sand lizards and various rare toads. At a larger scale, phylogeographic studies can for instance be used to track historical dispersal routes of species, which helps for instance to identify which stands of a commercially valuable species are autochthonous. Therewith, it helps to ensure a cost-efficient conservation of genetic resources.

Examples of detecting migration patterns and barriers for genetic exchange

Dispersal and origin of wild boars in Limburg

Officially in the Netherlands Wild boars (Sus scrofa) are only tolerated in the National Parks Veluwe (Gelderland) and Meinweg (Limburg). Yet, wild boars are frequently seen outside these areas and their numbers are increasing. Commissioned by the Province of Limburg, Alterra has started a population genetic study to assess where the populations of Wild Boar living outside the official living areas in Limburg originate from. Do they come from populations in the Meinweg or from populations across the German or Belgian border, to what extent are these populations viable from a genetic point of view, and to what extent is migration between these populations actively taking place?

Autochthonous (indigenous) plant material is valuable for reforestation projects. Many oak forests still remain in the Netherlands, but their history is unknown. The dispersal pattern, history and phylogeography of European oaks were mapped in a major European study. After the last ice age oaks migrated northwards from their refugia in southern Europe. Three main routes were discovered: from Turkey (eastern route), from Italy (central route) and from Spain (western route). The oaks in the Netherlands mainly came from the western route. Genetic analysis revealed that just a few stands contain only trees from the western route. Other stands contain a mixture of trees from all origins. Genetic analysis has successfully identified the most likely autochthonous stands of oaks.

Non-invasive genetic studies on the presence and migration of wolves

After strong declines in past centuries, populations of large carnivores, such as the grey wolf (Canis lupus), are currently re-expanding everywhere in Europe. Because of their illusive behaviour, monitoring programmes for wolves largely rely on genetic analysis. An important example is the DNA-based identification of predators in cases of killed livestock: was it indeed a wolf (or just the neighbours pet dog)? And is a single individual repeatedly causing troubles, or is it a full pack? And where did this particular individual come from: did it originate from a known pack in e.g. eastern Germany? Alterra collaborates with colleagues from surrounding countries, gathered in the CEwolf consortium, to be able to adequately answer such questions. 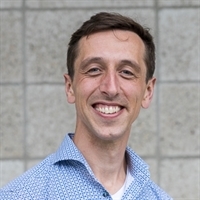