“We ask the simple questions again to explain why some regions cope with food and nutrition insecurity and others don’t”, says Thom Achterbosch, LEI researcher and co-manager of the new research project FOODSECURE – Exploring the Future of Global Food and Nutrition Security. The general causes of food security might seem known, but some explanations are outdated in the face of the recent attention to policies as factors that worsen food insecurity.

The FOODSECURE (including ZEF, IFPRI, INRA, KU Leuven and over a dozen partners from all over Europe, but also from Ethiopia, China and Brazil) will produce a toolbox of sophisticated mathematical models and databases to help decision makers combat food insecurity.

Policymakers in the EU (as well as in national governments and global institutions such as Unicef, WTO and FAO) often rely on mathematical models to explore future developments in hunger and nutrition, because food security depends on many drivers and complex mechanisms. Achterbosch admits that any model has its limitations: “It’s a simplification of reality. We will always explain what the limitations of a model are. But they are also great tools to collect consistent ideas on the future consequences of certain policies for food security. The challenge is to make this powerful mathematical toolbox relevant to policymakers and other stakeholders.” At least seven models that are used by various research partners in FOODSECURE will be combined. MAGNET, LEI’s model of the world economy, is one of them.

The FOODSECURE team will take up a broad range of research questions in the five years to come. For instance, they will look at the best response to food price volatility and the sort of food crises of the past few years. The impact of emerging economies like China and Brazil on the global food prices will be assessed. The team will search for sensible research & innovation policies to reduce hunger and support agricultural growth. The pros and cons of high quality standards for food trade and food security will also become clearer.

All aspects that have an impact on the food situation in a certain area and time are within the project’s span, including soil fertility, water availability, crop production for bio-energy and abrupt changes due to natural disaster to people’s income and their other expenses, besides food. “We aim to cover the whole food system, which is much more than just the food market”, Achterbosch explains.

The modelling toolbox will make it possible to develop visions for the future with a stakeholder group and to assess the effects of policies before they are introduced. This should give policymakers guidance in strategic planning. The FOODSECURE team will draft scenarios where all policies are in favour of food and nutrition security, but might have negative impacts on other factors. They will also build scenarios where policies are not all aimed at maximum food security but rather at other objectives, to show the effects of political decisions.

FOODSECURE wants to help policymakers look for solutions that achieve food security in the short term and are not harmful for the economy in the long term. In times of high food prices, it seems attractive to ban the export of food and create a surplus within the country’s borders to bring the price down. Achterbosch notes: “In the short term these measures can have a positive influence on the food situation in a country, but in the long term they are harmful. Farmers will not be stimulated to invest in new technologies to increase the food production. Instead of interfering with the market, policy can also be directed at changing the income situation of vulnerable people. For example, using a “safety net”, that provides poor people with additional income or food when food prices are peaking.”

European project with a global scope

The FOODSECURE project was officially launched in March 2012. It has a budget of €10,5 million of which €8 million is funded by the European Commission under the seventh framework programme for social sciences and the humanities. The consortium will engage with researchers and stakeholders in developing countries. The project coordination is in the hands of Hans van Meijl at LEI. 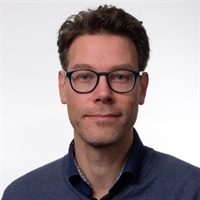 Send us an email.