Full4Health investigates mechanisms of hunger, satiety and feeding behaviour, and how these change across the life course, and during disease. The project assesses the effects of dietary components and food structure on these processes, and their possible exploitation in addressing obesity, chronic disease and under-nutrition.

Obesity
Obesity is a major public health problem across the developed and developing world. Fundamentally, overweight and obesity is the consequence of calories ingested as food and drink exceeding those that are expended through metabolism, thermogenesis and activity. Excess calories are stored as body fat (adipose tissue). Accumulation of excess body fat is associated with metabolic diseases such as type II diabetes and cardiovascular disease that have a major impact on longevity and quality of life. Although a number of drugs have reached the market for the treatment of obesity, most of these have subsequently been withdrawn due to the emergence of unacceptable side effects. This has provided additional impetus to attempts to develop dietary strategies for the obesogenic environment, and specifically for a food solution to address the issue of over-consumption of calories and the consequences of this.

Disease induced anorexia
Appetite, however, is often reduced in patients with chronic illness, including cancer. Anorexia considerably contributes to the progression of disease, and strongly impinges on quality of life. At Wageningen University we specifically investigate the metabolic background of cancer cachexia. We recently identified that hypothalamic serotonin signalling to play a major role in the decrease in food intake during cancer.

Research
The Full4Health project will integrate investigation of human volunteers and laboratory animals with emphasis on neuronal, hormonal, molecular, physiological, psychological and behavioural responses to food at different stages of the life course.
The main human dietary intervention will compare, for the first time in a single study, responses to food in 4 age groups (children, adolescents, adults and the elderly), in males and females, and in lean and overweight. Physiological and psychological responses to food may change as we develop and age, with impact on food choices and preferences. For example, it is unknown to what extent the release of gut peptide hormones which are involved in meal-processing, but which also signal satiety to the brain, is developmentally regulated. This may be a critical issue in the battle against food intake-related chronic disease, most commonly driven by over-consumption, but also in consideration of relative under-nutrition in the elderly and clinically compromised.
At Wageningen University the research focus is on unraveling the mechanisms behind the hypothalamic resistance in disease induced anorexia. In order to come to targets for nutritional and pharmacological intervention in disease induced anorexia. 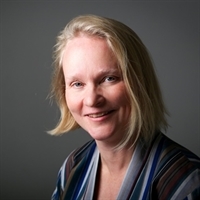