Contrary to previously held opinions, genetic selection can actually eradicate infectious diseases. To date, geneticists have ignored the effects of transmission. A Wageningen University & Research study published in Genetics shows that the impact of interventions on transmission increases considerably when a disease’s prevalence within a population drops.

Suppose an infectious disease occurs in fifty per cent of a given population and breeders introduce a gene that offers five per cent protection against the disease. ‘We have always assumed the prevalence of the disease would subsequently drop by five per cent’, researcher Piter Bijma states. ‘However, if each individual has the gene, studies show that the prevalence of the disease becomes forty per cent rather than the expected 45 per cent. Thus, the effect has twice the expected impact. This impact increases as the disease becomes less prevalent.’

The study opens opportunities in the prevention of infectious hoof disease and pulmonary infections, as well as in eradicating common cattle diseases such as salmonella, bovine TB and Hepatitis E. Something considered impossible until now. Is this a breakthrough? Bijma: ‘It certainly is a conceptual breakthrough.’ The critical issue is that to date, geneticists did not include the difference between infectious diseases and non-transferable afflictions such as heart attack in their findings. An animal is only able to transfer a disease it carries. Wageningen University & Research scientists have discovered a method to link complex mathematical epidemiology models to genetic models.

Professor and co-author Mart de Jong says that the scientists focus too much on the individual when fighting infectious diseases and too little on the effect of interventions on the population as a whole. ‘Modelling is increasingly used to show that the indirect effects of an intervention, therefore the effect of herd immunity additional to the individual immunity, can be very significant,’ De Jong states. 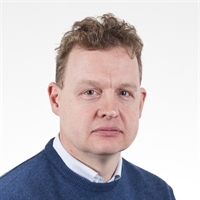 Do you have a question about the eradication of infectious diseases by genetic selection? Ask our expert dr.ir. P (Piter) Bijma
Contact form + Show more (1)

Read the full article in Genetics