In the Connected Circularity programme, four research teams from Wageningen University & Research (WUR) have been working together in four so-called Flagships to shape the transition to a circular food system. That is an economy in which organic material forms the basis of our food system and in which no more materials are wasted. In a series of articles, the leaders of this programme talk about their vision of the circular food system of the future. Today, Dr Tamara Metze (project leader) and PhD student Olga Schagen on the importance of changing together.

Previously, a series of podcasts on the Changing Together project and a selection of circular initiatives were published: the Kwatrijnstal (a sustainable and animal-friendly cowshed that fits into the landscape), the Testlab Tiny House & Forest and Future Farmers. These are successful initiatives that show what a circular food system can look like. In Changing Together, Wageningen researchers design the routes towards the circular bioeconomy. They do so together with parties in the field. "The transition to a circular and bio-based economy is a systemic change within which all stakeholders have to reconsider their assumptions. You can point out the dot on the horizon from above, but to get there, 'small wins' must be made in practice," says Dr Tamara Metze, assistant Professor and leader of the Changing Together project. "In this project, we work together in initiatives to find out what it takes to ensure that a promising initiative can deepen, broaden or spread."

Researcher Olga Schagen is conducting PhD research on the importance of cooperation in the transformation to a circular bioeconomy. She mentiones Kipster as a good example of an initiative that has broadened, deepened and spread. "In this concept, hens are fed with leftovers from the food industry. Kipster also has a housing system in which the animals can exhibit more natural behaviour than in conventional housing systems. The system has further deepened as a vegetarian egg based on plant yeasts and proteins has now also been developed. By cooperating in the chain and further shaping circularity in this, for example with supermarkets and the food waste that occurs there, it has broadened further. It has also spread: in addition to the two Kipster farms already realised in the Netherlands, farms are also planned in Belgium and the US."

From a longlist of 78 cases, either active or already finished, an interdisciplinary research team from Wageningen University & Research eventually selected five initiatives with which intensive collaboration was undertaken to take them further. Besides the three aforementioned projects about which the podcasts were made, these are the North Sea Farm and the collaboration with Ted Duivenstijn, innovator within Glasshouse Horticulture. Zooming out, patterns become visible that are important for deepening, broadening and spreading. Schagen: "First of all, there has to be energy in an initiative: those involved have to be motivated and have confidence in the initiative and each other. Learning by doing is also important: initiators must remain open to new insights and be willing to reflect on their own approach. Partnering is another example: being willing to share knowledge and resources and team up. Because organising circularity requires integrating different domains and knowledge, this requires new types of partnerships. But professionalisation is also important: an initiative should not remain temporary but should be seen as a serious alternative. It helps if you are seen as an important interlocutor at the policy tables."

Paradoxically, too much professionalism can also get in the way. Stichting Veldleeuwerik, an ended initiative to farm climate neutrally, managed to attract large parties from the food industry. But when new instruments were introduced to facilitate a premium price for these farmers, the character of the initiative changed and many farmers felt they no longer had margin to make mistakes. "These kinds of experiences are also important," Metze stresses. "With the insights from this project, we want to take circular projects further: How can they spread, broaden and deepen themselves and what is needed to do so; from them and from others?" 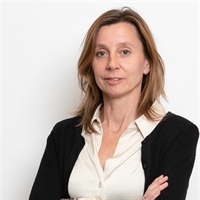 Do you have a question about the circular food system of the future? Ask one of our experts: dr. TAP (Tamara) Metze
Contact form + Show more (1)

Photo: Kipster: In this concept hens are fed with leftovers from the food industry

Read more about Circling Back

Researcher teams from WUR have been working on ways to shape the transition to a circular bioeconomy. With the Circling Back symposium approaching, there's a recap for each Flagship.