Within the scope of the ISSD initiative, CDI and partners aim to stimulate cooperation and innovation in policies and programmes in the African seed sector, enabling entrepreneurship and contributing to food security.

Note: a follow up ISSD Africa project has been launched in September 2014

Integrated Seed Sector Development (ISSD) considers a range of seed entrepreneurs who differ by the crops and varieties they address; the assurance for seed quality they provide; the markets they target; and the legal, financial and institutional environment in which they operate. Within different seed systems, entrepreneurs can be characterised and assessed according to those variables. Their strengths and weaknesses can also be determined. The ISSD Africa II programme, which was implemented from 2009 until january 2014, seeked greater coherence between programmes and policies and the realities of entrepreneurs in different seed systems, and thereby contributed to more targeted innovation in seed business and promotion across Africa.

Late 2010 saw the launch of the ISSD Africa programme. Throughout 2011, ISSD assessed and discussed the practices of stakeholders in different seed systems in Ethiopia, Mali, Malawi, South Sudan, Uganda and Zambia. In collaboration with the African Union Commission (AUC) – African Seed and Biotechnology Programme (ASBP) – and Self Help Africa, the concept of ISSD was brought to the attention of a diversity of respective national seed stakeholders, from public, private, civil society and research domains. Awareness was also generated among other African Union member states and African regional economic communities by the publication of the AUC-ASBP Communiqué on ISSD. Phase I also assessed those programmes and policies that support the development of integrated seed sectors in Africa, with the objective of influencing policy dialogue and programming to meet this end.

Phase II included a unique approach to assessing seed systems for opportunities for entrepreneurship in different seed value chains. This fited well with the development orientation of the Dutch government, which focusses on, among other areas, food security and promoting entrepreneurship, and on supporting those sectors in which the Netherlands has a strong international position, like seed for example. Where ISSD gains attention, is through the linkage it facilitates between food security and economic development. In 2012 and 2013, ISSD Africa II promoted synergy and partnership among seed sector stakeholders, by characterising the differences between those stakeholders, identifying opportunities for entrepreneurship in different value chains, integrating both formal and informal seed systems, and by the assessment of programmes and policies that stimulate, strengthen, ignore or constrain the emergence of strong entrepreneurs in seed business. 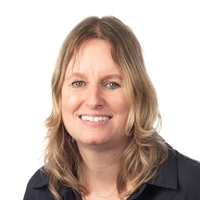 Introduction to ISSD and its guiding principles