This PANAMA DISEASE project unpacks the relation between the nature of Panama disease and the possible mechanisms for control. The program aims to develop a multi-dimensional and integrative research approach for this. The research will combine a focus on single dimensions, i.e. biology, environment and human, with integrative research problems targeting the issue of disease control. At the global level this leads to characterizing and analyzing the diversity in the fungus, banana germplasm and agro-ecological conditions, which links with insights in global agro-food networks and international/national regulation.

Throughout history, few plant disease epidemics have devastated production of an agricultural commodity as severely as Panama disease, i.e. Fusarium wilt, of banana. The disease is caused by the soil-borne fungus Fusarium oxysporum f. sp. cubense (Foc). In contrast to black Sigatoka, the other fungal threat of banana, Foc cannot be controlled with fungicides and produces infectious spores that survive in soil for decades.

Currently there is a new outbreak of Panama disease that is caused by the so-called Tropical Race 4 (TR4). This new vicious race of Panama disease is extremely virulent, widely infecting banana germplasm destined for domestic and international markets, including Cavendish, and spreads rapidly in South East Asia. Therefore, the international research and policymaking community on bananas has been alarmed and is calling for concerted action to control this disease. In this INREF consortium research institutes, representatives of different types of growers and international policy-related banana networks work together, convinced that control of Panama disease requires concerted action.

INREF is the development oriented Interdisciplinary Research & Education Fund of Wageningen University. The project ‘Panama Disease in Banana: Multi level solutions for a global Problem’ is lead by Dr. Gert H.J. Kema from Wageningen UR Plant Research International and was granted research funding in 2012. 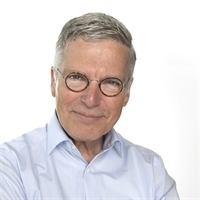