Parrot fever, or psittacosis, is caused by the bacterium Chlamydia psittaci. The bacterium is predominantly carried by birds and can be transmitted to humans through the inhalation of small particles of contaminated manure. This can lead to flu-like symptoms or even pneumonia. It’s likely that human illness resulting from the psittacosis bacterium is under-diagnosed, as the source of the infection is not always identified.

Using DNA and molecular technologies, it’s possible to identify various distinct types of Chlamydia psittaci. This enables comparisons to be made of the different psittacosis bacteria found in humans and birds, which in turn can provide an insight into their various transmission routes.

The Plat4m-2Bt-psittacosis project has created a platform to serve as a repository for psittacosis expertise in the Netherlands. The platform serves as an information hub on how to prevent psittacosis in both humans and birds. The use of a web-based platform provides a simple and efficient way of developing a network. In future, the existence of this platform will make it easier to trace the source of psittacosis infection in humans and animals, which ultimately will reduce the burden of the disease. The project brings together national, regional and international organisations working on human and veterinary healthcare, led by Wageningen Bioveterinary Research (formerly CVI) and the Netherlands National Institute for Public Health and the Environment (RIVM). The project launched on 1 October 2014, running for 4 years. It has been funded by the Netherlands Organisation for Health Research and Development (ZonMW).

The project launched in October 2014. Project participants have been keeping each other updated on research developments and progress through monthly conference calls for Work Package (WP) leaders, and biannual meetings. These meetings support the development and sharing of expertise amongst researchers, diagnosticians and human and veterinary healthcare providers involved in the control of infectious diseases. To date, a total of eight contributions have been made at academic conferences, with one of them winning a prize for best presentation! An interview has also been given about the project, and we have a website.

The project’s web-based information platform has been launched and is now in its test phase. A typing tool has been developed and is linked to the platform, and this enables users to determine the genotype of a particular strain and compare it to previously identified genotypes. The most commonly identified genotype is A, followed by B. New genotypes are identified occasionally.

A disease source-finding tool has also been created which can be used within the national infectious diseases registration system (OSIRIS) and is already being used by Municipal Health Services and the Netherlands Food and Consumer Product Safety Authority (NVWA). Data from OSIRIS can be transferred to the web-based platform to provide a centralised register. In the next phase of the project, the systems that have been created will be tested with actual epidemiological data and will therefore already be making a direct contribution to the improved control of psittacosis in the Netherlands.

Participants in this project:

Results of the project 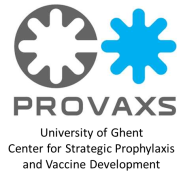