In RESCOPAR, a large multidisciplinary project, ten PhD researchers from Vietnam, Indonesia and the Philippines are studying which management measures can stimulate the sustainability of the growing shrimp culture industry in coastal areas.

Shrimp culture has grown explosively, particularly in Southeast Asia. This has not only had serious effects on the environment – biodiversity has declined as mangroves have been cut down, fish numbers have declined near the coast – but it has also affected the local population. They have suddenly been rocketed from a relatively simple village economy into the complex world economy.

The ten PhD researchers in RESCOPAR are trying to chart the likely consequences of these far-reaching changes for nature and the local population. What specific ecological, social and political problems play a role and what kind of solutions are possible? For example, how can local fishers earn a decent living? How can shrimp farmers ensure that they exploit their ponds as sustainably as possible and with what means? How can as much as possible of the mangroves be saved? And what is the potential role for local and national government in all this?

Four Indonesian PhD researchers are stationed in the Berau Delta of East Kalimantan, five Vietnamese PhD researchers are in the southern part of the Mekong Delta and one PhD researcher is based in the Philippines. They are researching various aspects of the local circumstances: the molecular changes in the genome of a virus that causes disease in shrimp culture (Vietnam), the epidemiology of this shrimp disease (Philippines), the effects of the shrimp ponds on the functioning of the mangrove forest (Indonesia), the interaction between mangroves and fisheries in the coastal zone (Vietnam), and the anthropological and policy effects of changes in the coastal area on the local population. The objective is to arrive at a general management model that can be applied in other coastal areas, in Asia, Africa and South America. 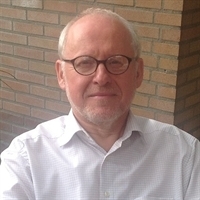