Hematophagous female mosquitoes have to get a blood meal to obtain the proteins necessary for egg production. To get this blood meal, mosquitoes need to detect a vertebrate host such as a bird or a mammal, fly towards this host and land on it. When interacting with their hosts, flying mosquitoes have to be quick and stealthy to avoid being detected.

If they are detected, mosquitoes can be attacked by their host and then they may end up being swatted. However, if they are not detected, they will be able to get their blood meal and successfully continue their life cycle. Many dangerous pathogens such as the malaria parasite and the dengue virus take advantage of this mosquito–vertebrate interaction to spread themselves. This is what made arguably the most annoying animal in the world, certainly the most dangerous animal in the world. Malaria alone kills more than 400,000 people – mostly young children – every year, and killed many more in the past.

In this thesis, I aim to better understand how mosquitoes interact with their hosts and, in doing so, to learn more about the sensory cues that they use to control their flight. For that, first we simulated human presence using counter-flow odour-baited traps. These traps aim to mimic humans using host cues such as CO2, odours and visual cues to attract host-seeking mosquitoes. In addition to these host cues, these traps generate a circulating airflow using a fan to spread the CO2 and odours away from itself and to capture mosquitoes that get too close. Second, we simulated attacks using a mechanical swatter to study the escape manoeuvres of mosquitoes as well as to learn whether mosquitoes are using airflow and visual cues to detect the attacks.

In chapter 2, we studied how mosquitoes behave around counter-flow odour-baited traps. We recorded thousands of three-dimensional flight tracks of female malaria mosquitoes (Anopheles coluzzii) around a well-known trap, the BG-Suna, in opposite orientations to represent two widely used traps. We visualized the average behaviour of mosquitoes and flight dynamics around the traps on two-dimensional heat maps. This allowed us to identify that mosquitoes were following stereotypical behaviours: when approaching the traps, by flying downward, and when close to the inlet of the traps, by accelerating upward. These behaviours led to very different capture dynamics of mosquitoes, and consequently to contrasting short-range attractiveness and capture mechanisms of the two traps. For example, the standing BG-Suna was more attractive than the hanging BG-Suna, while being also the only trap that triggered escape-like responses of mosquitoes.

Based on our findings from chapter 2, integrated with the literature, we developed a new counter-flow odour-baited trap: the M-Tego. One specificity of this trap is that it can generate two additional host cues that have been found to attract mosquitoes at short range, namely heat and humidity. As described in chapter 3, we tested this new trap against the BG-Suna in laboratory and semi-field conditions. In both conditions, the M-Tego without additional short-range cues was found to capture more than twice as many An. coluzzii than the standing BG-Suna. And when the M-Tego generated heat and humidity, it captured around 4.5 times as many mosquitoes as the BG-Suna. To understand why the M-Tego exhibited such improved capture rates, we recorded the flight tracks of mosquitoes around this new trap with or without additional short-range cues. Using similar analysis tools as in chapter 2, we showed that mosquitoes are more attracted to the M-Tego and spent more time close to it when the trap generates heat and/or humidity. Additionally, we did not observe escape-like responses of mosquitoes near the M-Tego, which explains why the M-Tego captures more mosquitoes than the standing BG-Suna even when they produce the same host cues.

In chapter 4, we focused on the escape manoeuvres of flying mosquitoes. To study those, we built a new experimental setup where mosquitoes were tracked in three dimensions and in real time. Based on the real-time position of a mosquito, a mechanical swatter was then automatically triggered to simulate an attack towards it. This allowed us to study the escape performance of day-active and night-active mosquitoes (Aedes aegypti and An. coluzzii, respectively). For that, we recorded the flight behaviour of these two species when attacked by the swatter in four light intensities ranging from dark to overcast daylight conditions. Using Bayesian generalized linear models (B-GLM), we discovered that these mosquitoes exhibited enhanced escape performances in their respective natural light conditions (overcast for Aedes and dark for Anopheles). Furthermore, the high escape performance of Anopheles in the dark was mostly explained by its increased flight unpredictability in this light condition, whereas the higher escape performance of Aedes in overcast daylight compared with sunrise was due to its fast visually induced escapes.

In chapter 5, we zoomed in on the escape manoeuvres of An. coluzzii mosquitoes with the aim to understand whether they rely on the airflow induced by the attacker to escape successfully. First, we compared the escape performance of mosquitoes when attacked by either a solid or a perforated swatter, in both dark and low-light conditions. We showed that the faster the air movements induced by the attack, the fewer mosquitoes that were hit by the swatter. This demonstrates that airflow plays an important role in the escapes of these mosquitoes. However, at this point, it was still unknown whether mosquitoes are using the airflow passively or actively. Then, using high-speed video cameras (12500 fps) and a newly developed neural-network-based tracker, we recorded the kinematics of the body and wings of flying mosquitoes when escaping. By combining this with results from a CFD simulation of the airflow induced by the attack, we estimated the aerodynamic forces involved during mosquito manoeuvres. We discovered that, although seemingly moving passively with the airflow, these mosquitoes were actively surfing the bow wave induced by the swatter. Moreover, we found that, despite that mosquitoes contributed actively to most of their escape acceleration, the passive effect of the airflow also significantly contributed to their success.

Finally, in the general discussion, I put the findings of this thesis in a wider scientific context. I summarize what we learned about attractive and disruptive cues and how mosquitoes react to these cues. I highlight that visual cues and airflow are important disruptive cues for mosquitoes, notably because mosquitoes were found to escape fast more often the brighter the light condition, and because they actively use airflow to enhance their escape performance. However, our knowledge on how airflow characteristics influence mosquito flight behaviours is still limited, and consequently there is a need for further research on this topic. Then, I describe my approach for the study of mosquito capture and escape response. Two important aspects of this approach are: (1) the visualization of mosquitoes’ flight behaviour using various data visualization techniques and (2) the quantification of flight performances using advanced statistics. Then, I discuss how this approach could also be used to better understand other flight behaviours of mosquitoes, such as landing. To conclude, I highlight three important aspects that govern trap efficacy: the attractiveness of the trap, the residence time of mosquitoes near a trap and the capture efficiency of the trap. I explain how we developed the M-Tego trap while trying to optimize these aspects by systematically testing prototypes and making design iterations. Based on this experience, I provide suggestions about how our findings could be used for the further development of tools to control mosquitoes, and therefore to reduce the spread of mosquito-borne diseases. 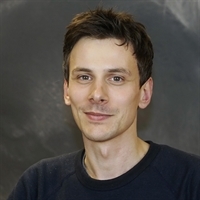