Tom Bongers was born in 1946 in Gaanderen, The Netherlands, a small village close to the German border. After completing primary school (age 12), he entered a technical secondary school that did not prepare students to continue at a university. At both primary and secondary schools, he was influenced by very motivated biology teachers and became interested in field biology.

At age 16, Tom began his career in Nematology as a technician at the Laboratory for Crop and Soil Analysis in Oosterbeek, Netherlands. His first responsibility was the extraction of nematodes from soil. Later, he analyzed nematode samples to provide advice to farmers, which initiated his true interest in nematodes. During this period, he attended evening classes to become certified as a "Botanical Analyst". He worked at the laboratory for five years, interrupted by a period of military service. Motivated to pursue his interests in Nematology, he consulted Bert Schoemaker, head of the Nematology Department in Oosterbeek. Schoemaker suggested that he write to Dr. Michael Oostenbrink, head of the Nematology Section of the Plant Protection Service in Wageningen and teacher of Nematology at Wageningen University. Oostenbrink offered him a job at the Plant Protection Service, where the work was less routine than at Oosterbeek.

Two years later, Tom got a position at Wageningen University as an assistant of Fred Gommers to study the nematicidal properties of Compositae. Research and teaching motivated him and three years later he decided to give up the laboratory assistant position and become a student. There he encountered an obstacle. Unfortunately, his secondary school education and the Botanical Analyst training did not qualify him to study at a university. Appeals were made to various agencies and the problem was even discussed in the Dutch Parliament. In 1973, he finally received permission to study biology at Wageningen University.

Since he had become accustomed to the salary of a laboratory technician, Tom supplemented his income during his undergraduate career as a teaching assistant in courses in Nematology, biosystematics, Dutch flora and fauna, and water quality assessment, as well as a bar keeper. Assisting in the courses appealed to his interest in identifying organisms. It also exposed him to the underlying ideas and the realization that there is additional value to identification when the organisms serve as biological indicators.

The foci of Tom's undergraduate studies were animal taxonomy, nematology, and fish culture. He became interested in marine nematodes and participated in a cultural exchange with the former Soviet Union. That allowed him, for three months, to study type material of marine Leptosomatidae at the Zoological Museum in St. Petersburg with the late Tatjana Platonova. In another exchange, he worked with Duane Hope at the Smithsonian Institute in Washington. Tom completed his required practical experience in Plant Nematology at the ORSTOM laboratory in Ivory Coast, where he worked with Patrice Cadet on the identification of root-knot nematodes (Meloidogyne sp.). Dr. Oostenbrink, his mentor, passed away during that period. After completing his undergraduate degree requirements in 1981, he succeeded in obtaining funding for half a year to continue his study of marine nematodes. Rather than wait at home until a nematode taxonomist position became available, he worked as a volunteer at the Nematology Laboratory. He continued his work on marine nematodes and obtained funding to visit Russia once more to study type material. After two years, Tom had published sufficient papers for a doctoral thesis! He defended his thesis, and married, in 1984.

During this period, the early 1980s, acid rain and dying pine trees were attracting considerable attention in the Netherlands. There was concern that Bursaphelenchus sp .might be involved. In cooperation with the National Organization for Forestry (SBB), Tom inventoried the nematode fauna of declining forests. Although Bursaphelenchus sp. was not found, he observed that forest soils with high ammonia deposition contained fewer nematodes than agricultural soils after a nematicide treatment. He mentioned this at a small meeting, and during the lunch, he sat opposite a lady that he did not know. She expressed an interest in nematodes and asked if she might visit Wageningen to see the extraction and identification processes. A week later, she visited Tom and was provided with a full demonstration. He also explained the temporary nature of his position. Very early the next day, the lady telephoned and asked whether he was interested in a project to provide a research basis for using nematodes as indicator organisms. The lady was Frederike Kappers of the Dutch National Institute for Public Health and the Environment (RIVM). In that organization, they were planning a group focusing on soil ecology and were seeking a group of organisms for monitoring the functioning of soils. As they did not have any experience with nematodes, they asked Tom to study the relationship between nematodes, the plant community, and soil type.

The connection with RIVM gave Tom the opportunity to write a proposal and to indicate the necessary support. He proposed a four-year project that provided his salary and that of a technician, Rene Manger. This provided an excellent opportunity to demonstrate the importance of (the taxonomy of) free-living nematodes. At the same time, he undertook to bridge the gap between nematode taxonomists and soil ecologists by composing a user-friendly identification key for "De Nematoden van Nederland".

Meanwhile, the RIVM soil ecology group started to monitor the biological recovery of soils that were decontaminated by thermal heating and subsequent addition of organic material. The question arose as to whether nematodes could indicate that recovery. Building on the studies on ecological succession in cow dung by Walter Sudhaus and colleagues in Berlin, Tom predicted a succession of nematodes in the amended soils and the idea of the Maturity Index crystallized. It is an interesting anecdote, that Tom’s original thinking about MI came when he was working in a bar in Wageningen and Aldo Zullini came in for a drink without knowing each other! They started talking about nematodes and Aldo explained that he was interested in nematodes as bioindicators of aquatic environments. These discussions helped Tom to formalize the MI concept. After the project was completed, the new Professor of Nematology, Ton van der Wal, realized the value of nematodes as indicators of soil quality and the importance of nematode collections and taxonomic infrastructure. In 1987 Tom and Prof. van der Wal organized an international workshop in Wageningen in which they invited all ecologist/nematologists of name to visit Wageningen and to discuss nematode ecology. This meeting was attended by e.g. Diana Wall, Lucyna Wasilewsky, Bjorn Sohlenius, Aldo Zulinni, Pierre Arpin, Gregor Yeates, Vlada Peneva, Juliana Popovici, and many others. The workshop represented a very important ‘turning point’ as all these ‘hot shots’ of that particular moment in time were gathered together and had personal contact with each other.

The second important event was the second international nematology congress in Veldhoven, The Netherlands. Again many international nematologists came together to discuss nematode ecology and their role as bioindicators. This was something rather innovative as former nematode congresses were mainly focused on pathogenic nematodes and not on the ecology of free-living terrestrial nematodes and their usefulness as indicators of environmental quality. Immediately after this congress, a large group of nematode ecologists stayed behind and visited Tom’s house in Renkum where they decided to start working on the publication of Yeates et al. (1993), a paper that was initialized to obtain consensus in nematode classification systems, in this case feeding groups. The evolution of the Maturity Index concept, and recognition of the abundance and diversity of nematodes, has led to a functional guild classification as a basis for studying and comparing ecosystem processes.

Funding for a subsequent project was delayed and Piet Loof, the curator of the nematode collection, generously offered to retire early, provided that he was allowed to continue his work and that Tom was given his position. In that position, Tom realized the need for a course in routine nematode identification and the use of nematodes in environmental studies. The course is taught in English because of the international demand for (soil) biologists, and others interested in nematodes. This two-week course is still held annually in June in Wageningen. He has also taught identification courses in Hungary and Germany and given lectures in the nematology course in Ghent (Belgium). At the Ghent University, Tom was 5 years active as guest professor and also involved in many PINC courses.

Tom reports that he has been lucky throughout his career to meet potential colleagues and collaborators at the right time. Loof's work, the nematode collection, and Tom’s emerging faunal analysis concepts, attracted many visitors to the laboratory. Among the visitors were important nematologists (taxonomist and ecologists) and, in his own words, he "realized that the most famous nematologists are normal people". Consequently, he sent his Dutch report on soil nematodes to the late Gregor Yeates in New Zealand and received a very positive response. Dr. Yeates was invited to Wageningen to teach a course on nematode ecology. They remained in close contact thereafter. In the early 1990s, Klemens Ekschmitt attended the nematode identification course and became enthusiastic about nematodes. Ekschmitt, Tom, and colleagues performed an EU-project on the effects of climate change on nematode communities of European grasslands. The reports from that project were collated in a book edited by Ron de Goede and Tom. Later, Tom visited Russia, Poland, the Czech and Slovak Republic, Germany, Hungary, Ireland, Guadeloupe, Belgium, France, Bulgaria, Greece, Ivory Coast, England, Sweden, Senegal, and Costa Rica. The work in Costa Rica played a significant role in the start of the nematode research at InBio, an institute dedicated to documenting the biodiversity of Costa Rica.

Another example of Tom’s influence and stimulus on nematode ecology, and the collaborations among colleagues, is the linkage with Howard Ferris. Ferris, like De Goede and Korthals, noticed that arable farming systems had very different effects on microbivore nematodes that were difficult to grasp in the maturity index univocally. Ferris, Bongers, and De Goede proposed separating the enrichment and structure components of the cp series into a faunal analysis diagram with four quadrats that indicated the status of the system. A system that was later extended with functions to calculate nematode metabolic footprints.

As a member of the Laboratory of Nematology at Wageningen University, Tom conducted research in the areas of soil ecology and relationships among nematodes. He is proud to have contributed to the identification skills and careers of many former students who became established as soil ecologists and nematologists. Those former students include Wim van der Putten, Christien Ettema, Bryan Griffiths, Christoph Emmerling, Hiroaki Okada, Cecile Villeneuve, Oleksandr Holovachov, Ron de Goede, and Gerard Korthals. Even after Tom went into early retirement in 2007, he taught, as a volunteer, the nematode identification course until 2013. He did this together with the help of Hanny van Megen and Roel Wagenaar. From 2013 onwards Gerard Korthals and Roel Wagenaar (Roel sadly passed away in 2020) continued teaching this course.

Tom Bongers has had a lasting effect on the study and development of nematode ecology throughout the world, as documented in the current manuscript. Throughout his career, he has been a forceful advocate for Nematology, even managing to get the word “Nematode” included in a widely-used Dutch dictionary (De Dikke Van Dale). Two factors have been important in sculpting the recent developments in nematode ecology. Firstly, Tom Bongers’ concepts and leadership have been paramount and, secondly, the concomitant stimulus of communication among scientists throughout the world in furthering and developing the ideas. Tom has been the unifying thread throughout. Tom and his ex-partner Toos have four children, now young adults. Outside his professional focus on nematode ecology he enjoys walking, nature, being a Nature guide, and collecting antiquarian books. 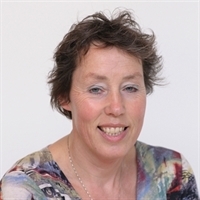