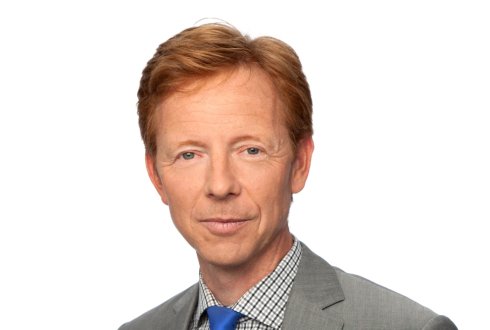 Gerrit Hiemstra graduated in 1986 from Wageningen University and has been working in meteorology since.

“I like to try and do something in return for Wageningen UR as thanks for everything that I learnt during my study period in Wageningen. During the study it was not only about knowledge but also about life experience. I can clearly remember how difficult I found it as a 17 year old pupil to make a study choice after secondary school. Many pupils at that age have no idea of what is possible and that is why I like to try and give them a good idea of what Wageningen UR has to offer.

After graduating I started work in the meteorological sector and eventually ended up working as a weather presenter by NOS. This has allowed me to gain experience working in a large news organisation and a good insight into how the media works. As a Wageningen Ambassador, I would like to help in the presentation of Wageningen UR to the outside world”.

Gerrit Hiemstra started working as meteorologist with Meteo Consult bv straight after his graduation. In 1995 he became head of the meteorological service at KNMI at Schiphol. In 1996 at DLV Adviesgroep in Wageningen, he started a meteorological consultancy firm for the agrarian sector by the name of DLV Meteo. In 2001 Gerrit Hiemstra and a partner took over DLV Meteo from DLV and the company continued under the name WeerOnline. WeerOnline was sold to Webassets in Nijmegen at the beginning of 2009. Webassets is mainly known for its website Zoover which is active in the travel sector.

Gerrit Hiemstra has worked since the end of 1998 for NOS News as weather presenter for the news on both radio and television. In addition, he gives weather courses and weather training at sea for sea sailors. He does this through the company Weather at sea.