Since 2007 the Royal Netherlands Embassy in Nairobi has supported four Kenyan nature conservation organizations. These organizations use tourism to both combat poverty and secure land for biodiversity conservation. Wageningen University studied the impact of these tourism efforts and came to a positive conclusion.

“Our report shows that, in the period of 2007-2013 from a total of 26,4 million euro provided to these organizations, at least 2.1 million has been invested into a diverse range of projects that support sustainable tourism practices”, says Arjaan Pellis (Cultural Geography group, Wageningen University). The projects are developed with the support of the Dutch embassy and have focused within relatively dry and rural areas of Kenya where poverty is a common threat to people’s lives. Four Kenyan organizations developed these projects: The African Wildlife Foundation, The African Conservation Center, The Northern Rangelands Trust and The Laikipia Wildlife Foundation.

Arjaan Pellis: “Where the four organizations emphasize biodiversity conservation, we have emphasized the related impact of tourism on livelihoods of people living in or close to these tourism projects. The novel forms of tourism set up or mediated by these organizations has strong communal effects upon cattle herding societies in Kenya since these new forms of tourism are not necessarily initiated in the famous national parks of Kenya, but rather in rural areas outside of these parks. It is here where the majority of wild animals are thriving in key ecological corridors.”

Michel van Winden (Royal Netherlands Embassy in Nairobi): “It is all about win-win situations between biodiversity conservation and economic development, and in such a way that initiatives do not need endless financial support. Tourism income can make a strong and sustainable business case if they are organized well”.

Although it is not entirely possible to reconstruct the exact attribution effect of various projects, the researchers came to the conclusion that the tourism projects have made a significant contribution, and that the development of sustainable tourism deserves attention on the development agenda. Arjaan Pellis: “In our study area we have calculated that approximately 400-450 people have found a direct job in this niche of tourism, where indirectly around 2250 people profit from. Besides, there are at least another 100,000 people benefiting from the work of these four organizations on a communal level since these projects improve general infrastructure, water supply, rangelands for cattle, security levels, and health facilities. On top of that, on basis of tourism income, at least 2500 study grants have been made available, especially also to girls, to improve development opportunities on the long run.” 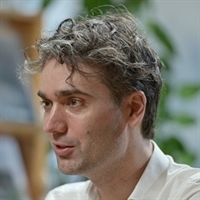 The full report can be downloaded for free here: