ESS CALM members Iwan Supit and Fulco Ludwig and other researchers have written the article 'Assessing climate change effects on European crop yields using the Crop Growth Monitoring System and a weather generator' which has been published in Agricultural and Forest Meteorology.

Climate change impacts on potential and rainfed crop yields on the European continent were studied using output of three General Circulation Models and the Crop Growth Monitoring System in combination with weather generator. Climate change impacts differ per crop type and per CO2 emission scenario. Crops planted in autumn and winter (winter wheat) may benefit from the increasing CO2 concentration. Rainfall is sufficient and if the CO2 concentration increase is high, yields may increase up to 2090. If the CO2 increase is less, increasing temperatures result in declining or stagnating yields after 2050.
Crops planted in spring (potato, sugar beet) initially benefit from the CO2 increase, however as time progresses the increasing temperatures reduce these positive effects. By the end of the century yield decline in southern Europe and production may only be possible if enough irrigation water is available. In northern Europe depending on the temperature and CO2 concentration increase, yields either stagnate or decline. However in some of the cooler regions yield increase is still possible. Crops planted in late spring and summer (maize) may suffer from droughts and high temperature in summer. By the end of the century, depending on the temperature rise, crop yields decline almost everywhere. If the temperature increase is less only in north western Europe yields remain stable. 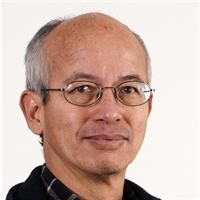