PROJECT NARRATIVE Natural genetic variation in human populations strongly influences the propensity to abuse alcohol, but the extent and subtlety of variation that is seen in wild populations is rarely modeled in laboratory organisms, making this kind of variation difficult to study. To identify wild genetic variation that can influence the effects of alcohol, we have generated a panel of genetic lines derived from several truly wild parent populations of C. elegans. This proposal uses behavioral and molecular techniques in these lines to identify the naturally occurring alleles that modulate alcohol responses, with the goal of identifying which genes, and their human homologs, can be modulated to cause important effects on alcohol response behaviors. 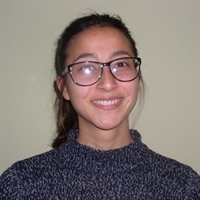