Agricultural goods to the tune of € 90.3 billion were exported in 2018, representing a slight rise of 0.2% on 2017 (€ 90.1 billion). The Netherlands is the second largest agricultural exporter in the world, after the United States, as is evident from research commissioned by the Ministry of Agriculture, Nature and Food Quality and carried out by Wageningen Economic Research (WUR) and Statistics Netherlands (CBS).

Minister for Agriculture, Nature and Food Quality Carola Schouten: 'Export figures once again show that the Dutch agriculture and horticulture sector is a major player when it comes to producing food for a growing world population. We're keen to put our expertise and powers of innovation to good use in order to make the transition to circular agriculture. This will give a boost to the agricultural innovation in the Netherlands that continues to bolster our position on the global market. And that's urgently needed, in view of the global issues vis-à-vis growing demand for food on the one hand and our responsibility for the landscape, biodiversity and climate change on the other'.

The report states that agricultural exports generated some € 45 billion for the Dutch economy last year, a figure obtained by taking the export value of the agricultural goods and subtracting the import value of goods and services required to produce and export these. The vast majority of this (€ 41.5 billion) pertained to products of Dutch origin, with a fraction (€ 3.5 billion) encompassing goods initially imported and subsequently being exported after limited processing in the Netherlands. The Netherlands earns most from horticulture (€ 6.0 billion), dairy and eggs (€ 4.7 billion), meat (€ 4.1 billion) and vegetables (€ 3.8 billion). Similarly, preparations containing cereals, flour and milk, drinks, fruit, live animals and fish and seafood yielded billions of euros for the economy.

Last year the Netherlands exported € 9.2 billion of goods related to agriculture, such as agricultural machinery, machinery for the food industry, greenhouse materials, fertiliser and plant protection products. This represents an increase of 3.2% on 2017. Here too neighbouring countries Germany and Belgium were the biggest buyers. This growth is entirely down to an increase in the export of products of Dutch origin.

The latest data on research and development reveals that companies in the agricultural business carried out more research and product development in 2016 than they did in 2014. The agricultural sector's R&D expenditure has risen, both in an absolute sense and in terms of the proportion of overall spending on technological innovation. Whereas the R&D expenditure of all Dutch companies with in excess of 10 employees increased by nearly 11%, that of companies in the agricultural sector grew by around 19% (from € 728 million to € 864 million).

Minister Schouten published her vision of circular agriculture last year. She will be propagating this vision over the next few days during Grüne Woche ('Green Week'), the major international agriculture trade show held in Berlin each year. Within this context, WUR and the CBS formulated three visions for closing the food-fertiliser cycle at global, European and national level. They subsequently outlined the consequences of these visions for Dutch import and export flows, thereby providing some initial detail on what circular agriculture could look like. In the case of the global vision, for instance, it holds that for fertiliser export it will be possible to keep the mineral balance within the current standards and that the sector will be able to continue achieving current production levels, added value and export performance. 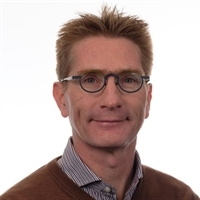 Read the rapport (in Dutch):

View all figures in graphs (in Dutch)