This is exceptional, because only 2-3% of Wageningen University's PhD candidates is awarded a doctorate with distinction (for Social Science PhD candidates this percentage is even lower).

The thesis engages with the central question whether new modes of governance can make true on their promise to improve democratic quality of decision-making and make up for the democratic deficit that states and the EU are claimed to be subject to. It describes the case of the implementation of the Water Framework Directive in the Netherlands as an example. By investigating the political discourse in which the WFD was implemented, the practices of public participation and the setting of environmental standards for water quality, the thesis highlights how politics is not just law making nor bound to national parliaments. Instead, the thesis brings to light how democratic legitimacy cannot be detached from the social demands, institutions, actors, and types of knowledge that water governance is supposed to regulate.

Moreover, in the WFD implementation in the Netherlands, this process of on-going contestations was dispersed over and across different levels of government, actors from various backgrounds, and the ways in which water quality is made legible. Rather than treating these findings as an argument against the democratic potential of governance, the thesis argues that it is exactly in the open contest between multiple and heterogeneous actors, domains, and types of knowledge that democracy is given shape to. The potential thus found however does not make governance democratic per se, as the governance processes that this thesis relates to often depoliticize domains, actors, and forms of knowledge.

Therefore, this thesis concludes that for democratic governance to become reality, we are in need of a renewed understanding of democracy that frees it from statist and elitist images and re-situates it in the politics of day-to-day decision making. 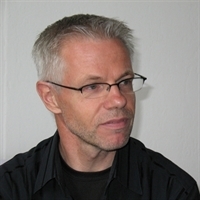