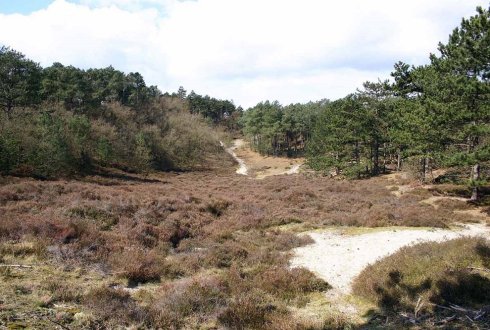 Nitrogen is a complex nexus of problems. Wageningen University & Research is assisting in finding innovative solutions with a view to overcoming the current nitrogen impasse. We are doing this on the basis of various disciplines: agriculture, economics and nature. It should not be forgotten that, while nitrogen is currently seen as a problem, it is an essential building block for life.

In May 2019, the Council of State (RvS), the highest administrative body in the Netherlands, ruled that the Nitrogen Action Programme (PAS) – a government programme to limit the harmful effects of nitrogen – was inadequate. Since then, nitrogen has virtually dominated the daily news. An advisory board (Adviescollege Stikstofproblematiek) has been set up at the behest of the Ministry of Agriculture, Nature and Food Quality to advise the minister on how to deal with the nitrogen issue in the Netherlands. Its initial recommendations were published on 25 September 2019 in the report 'Niet alles kan - Eerste advies Adviescollege Nitrogenproblematiek' ('not everything is possible - initial recommendations from the advisory board on the nitrogen problem').

Seven questions and answers on nitrogen

Nitrogen (N) is an important nutrient for plant growth and essential, along with phosphate, for protein formation. For this reason, both are administered in fertilisers.

2. What is the current nitrogen problem?

In the Netherlands, very high levels of nitrogen are administered in the form of animal manure, as a result of large nitrogen imports in the form of animal feed. This, among other things, leads to large emissions of ammonia (NH3) into the air. In addition, nitrogen oxides (NOx) are emitted, by transport and industry in particular.

Both nitrogen compounds land on natural ground, where they raise the nutrient level and contribute to soil acidification. This results in an imbalance in nutrients, including a shortage of calcium, potassium and magnesium, and a surplus of nitrogen. The diversity of plant species declines, and there are knock-on effects on birdlife and other fauna. Nitrogen in the air leads to the formation of ozone (smog), and it also makes a major contribution to particulates, resulting in negative health effects. The nitrogen policy is aimed in part at limiting emissions of ammonia and nitrogen oxides.

3. Why the sudden fuss about nitrogen?

The nitrogen problem has in fact existed since the start of the 1980s, when a great deal of attention was being paid to acid deposition, popularly known as "acid rain". Acid deposition, in its wet form (rain) and dry form (gases, particulates) consists of sulphur dioxide (SO2), NOx and NH3. Apart from sulphur, which has fallen by more than 80% since 1980, the issue then was the same nitrogen problem. Since then, the Dutch government has also sought to reduce nitrogen emissions. Indeed, since 1990, nitrogen emissions have been more than halved. NOx emissions have been falling steadily for the past thirty years, although the decline in NH3 emissions has stagnated since around 2010.

Read more about the sudden commotion about nitrogen

European Union member states are now obliged, under the Birds and Habitats Directives, to bring natural areas up to a  "favourable conservation status" (FCS) while improving environmental conditions. Conditions in the Netherlands are still very much mediocre. Even though deposition has also fallen by ca. 45% since 1990, (ca. 40% for NH3 and more than 50% for NOx), too much nitrogen is still ending up on around three quarters of the surface of the Netherlands. Around 120 of the 160 Natura 2000 areas in the Netherlands show nitrogen deposition above a critical deposition level.

The Nitrogen Action Programme (PAS), introduced by the government in 2015, was intended to cut nitrogen emissions even further and limit its negative consequences, but in May the Council of State (RvS) found that the PAS was inadequate. This 'nitrogen ruling' means that the Netherlands is now blocked when it comes to building new roads and residential areas, for example. Even permits for existing projects, such the Amercentrale in Geertruidenberg, are being challenged, and this is causing uproar.

4. What is the PAS regulation, and what went wrong?

The PAS (Nitrogen Action Programme) was aimed at cutting the quantity of nitrogen ending up in nature (nitrogen deposition) and simultaneously opening up space for new economic activity that emits nitrogen. The PAS achieved this by applying measures to limit emissions, so that less nitrogen would end up in these Natura 2000 areas, in the same way as the Low-Emission Livestock Housing Decree and nature restoration measures in Natura 2000 areas. This included removing nitrogen from the soil by mowing or taking off the top layer of sods, by allowing the wind to blow sand off the dunes, or by taking hydrological measures.

Read more about the PAS regulation

However, on 29 May 2019, the RvS came to the conclusion that the PAS could no longer be used as a basis for permitting activities emitting nitrogen in advance of the positive effects of PAS measures. Issuing permission 'in advance' in this way is not allowed. Applicants can thus no longer make use of the PAS. An exception is made for applications with an individual ecological justification, showing there will be no increase in nitrogen deposition in Natura 2000 areas. In practice, however, this is extremely difficult to achieve or demonstrate.

5. To what extent must nitrogen deposition and emission be reduced?

In formal terms, N deposition must return to the so-called "critical deposition values" (CDV), but these CDV vary according to the type of nature. Wildflower meadows and marshland can, for example, tolerate less N than forest or sandy soil. The national average nitrogen deposition per hectare per year is ca. 1500 mol N, implying ca. 21 kg N. The CDV vary mostly between 5 and 25 kg N. In most cases, the range is between 10 and 20 kg N, with a range of 5 to 10 kg N for sensitive marshes and dunes. At an average deposition value of around 14 kg N or ca. 1000 mol N per hectare per year, a large part of the natural areas would be in the rough vicinity of the CDV.

Read more about reduction of nitrogen deposition and emission

An average cut in deposition from 1500 to 1000 mol N/ha/yr may appear a modest target, but in terms of emissions reduction, it is extremely ambitious. This is because the national contribution to N deposition on Natura-2000 areas is only ca. 60% (ca. 40% from livestock farming and ca. 20% from transport, industry and consumers) and the remaining 40% comes in from outside the country. We, for that matter, also export N to other countries. Without further reduction from abroad, we will not achieve lower than ca. 8 kg N on average. Reaching the CDV everywhere will for this reason be virtually impossible. Even with a deposition objective of 14 kg N on average, there is room for just ca. 6 kg N from the Netherlands. That would mean a cut in emissions of more than 50% (from ca. 13 to ca. 6 kg N). To achieve that by 2030, for example, one is talking about emission cuts of 5% per year.

6. What is the best way to tackle the nitrogen problem?

The nitrogen problem nexus needs to be seen as a hydra-headed monster. Manure excess results not only in ammonia losses to the air, but also in laughing gas, which is a greenhouse gas. Nitrogen, in the form of nitrate, is also in runoff to groundwater and surface water. Apart from the Birds and Habitats Directives, we also have to comply with the Nitrate Directive, the Water Framework Directive and the Paris Accord. So, it is important to think in an integrated way, and when taking measures not to look purely at the effect on N deposition. Cutting NH3 emissions is the most effective for the CDV, but cutting NOx emissions has greater health benefits. In the light of this, cutting emissions in all sectors is important.

But if one asks which buttons to press to take nitrogen deposition towards 1000 mol N, then it is clear that this is only possible if measures are taken in livestock farming as well. As stated, ca. 40% of the deposition derives from this sector. In this figure, the contribution is ca. 65% from cattle, ca. 20% from pig farming and ca. 10% from the poultry sector. So, if you cut the number of pigs and chickens in half, deposition falls by just ca. 5% (15% of 40%). Halving emissions in livestock farming leads to a cut of ca. 25% (65% of 40%) and in transport and industry, this is 10% (50% of 20%).  So, to arrive at substantial cuts in emissions, both livestock farming and transport will have to be looked at. An advisory board on the nitrogen problem has been set up by Minister Schouten to provide a balanced recommendation.

7. What are the options for structurally reducing nitrogen (especially ammonia) emissions in livestock farming?


WUR research conducted with dairy farmers has shown that considerable cuts in ammonia emissions can be achieved without major financial consequences. The (technical) solutions for a reduction of this kind are already available:

Read more about the options for reducing nitrogen emissions

Read more about our research