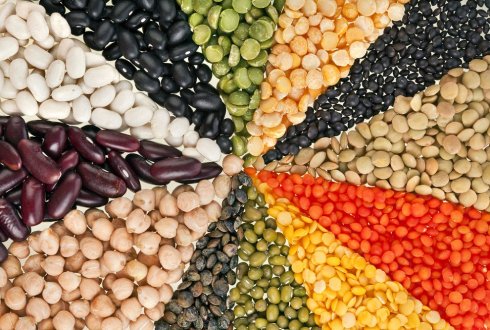 Consumers are not yet switching to alternatives for animal proteins in large numbers, despite the efforts of many parties such as caterers, retailers, and food manufacturers. On 9 May 2019, Wageningen Economic Research organised a Round Table to explore how businesses, governments and science can arrive at a unified approach together, to persuade consumers to take that step.

Reinders says that consumers often have cultural habits that play a role in accepting new products: "We think it is strange to have a grasshopper on our plate but we do eat shrimp." The question according to Daane is the same, if you use vegetable or non-vegetable proteins such as insects: "How do you enter the market with such products, how do you make the consumer buy your products?"

Instead of positioning alternative proteins such as legumes, insects and seaweed in a different corner of the market it is better to emphasise their flavours so as to promote consumer acceptance. Flavour playing an important role for the consumer is a recurring theme in research, which means that the taste should be described and emotions should be played. This applies to emotions both positive (for example a good feeling about choosing a sustainable alternative) and negative (for example feelings of disgust when seeing raw meat). Reinders explains: "a label such as 'vegan' or 'vegetarian' is often associated with "different from me". That is why it is better not to emphasise it in communication with the consumer". Daane points to the discussion of where a retailer should present such a product. The Round Table participants agreed that 'the alternative burger' should be stocked alongside the traditional meat burgers and not in the vegetarian section.

Reinders uses the example of a seaweed burger: "Such a name does not appeal to the emotions of the consumers. But if you call such a product 'the juiciest burger in the Netherlands', people are simply more interested."

Consumers are not admonished with a raised finger. Onwezen: "You shouldn't tell the consumers that they are not being healthy or sustainable, but you should concentrate on the positive aspects of the meat replacement."

Together with the Round Table participants, terminology for the various product categories and different intervention strategies were created. These form the starting point for further discussions with the participants. Reinders: "Actually it is only just now beginning and several participants are eager to reconvene in the same setup to give the process a follow-up."

Daane, Onwezen and Reinders now are considering the next step and other parties can then join the discussion: "We make the first move based on our consumer research and our experience and then we arrive at collective research queries with which we can help the government and the commercial sector further with their communication with the consumer."