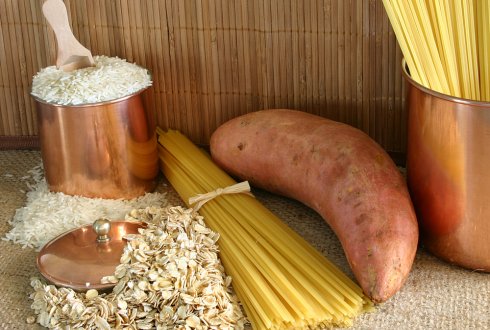 Increasing evidence suggests that early life environment can influence health and disease later in life. Optimization of nutrition during infancy could decrease the risk of non-communicable diseases like obesity, diabetes and cardiovascular disease, thus having an important potential impact on public health and economy.

The complementary feeding period consists on gradual diet diversification and decrease of breast-milk intake and usually goes from 6 to 24 months of age. During this stage the infant transitions from a low to a high carbohydrate diet which also varies in quality, thus influencing postprandial blood glucose response. In adults, frequent consumption of high-postprandial- glucose-response diets is associated to greater risk of type 2 diabetes and cardiovascular disease. Up to now, the effect of carbohydrate choices in infants is not known. Several organs and systems are still in development at this stage and thus may be sensitive to be programmed. In this study, we hypothesize that diets promoting a high postprandial glucose response during the weaning period have a detrimental effect on metabolic health later in life, by affecting the microbiota, the energy balance, the endocrine pancreatic function and the cardiovascular system. The alterations will result in metabolic programming of obesity, type 2 diabetes and cardiovascular disease.

We will approach this question by feeding experimental diets eliciting high and low postprandial glucose response to weaned Göttingen Minipigs, then we will monitor their metabolic health until adulthood. Göttingen Minipigs are the model of choice because of their similarities to the human infant in terms of digestive tract, and because they develop features of metabolic syndrome. If our hypothesis is confirmed, this study will provide unique information on the importance of choosing diets that promote a low glycemic response during infancy in order to improve later health. For the industry it will constitute initial evidence indicating the direction for formulation of foods intended for infants. Moreover, these results will be communicated to health-care professionals on infant nutrition contributing to create awareness about carbohydrate choices during the complementary feeding period with potential beneficial societal impact