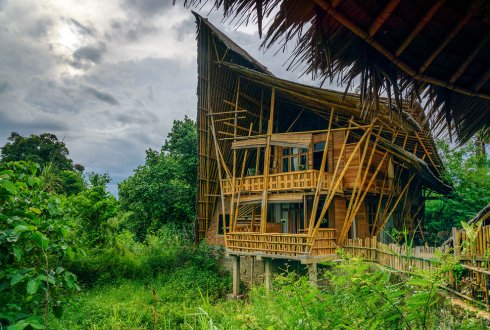 An important part of broiler production in West Java is still carried out in traditional broiler houses build with bamboo and local basic material. Replacing these systems by modern broiler housing technology has clear advantages in the field of economics, public health and animal welfare for Indonesia. There are huge opportunities for Dutch companies to export technology and knowledge of modern broiler housing systems to replace the traditional broiler houses and equipment. Poultry consumption in Indonesia is still increasing due to the increasing prosperity of inhibitors. This development needs to be supported by both an improved efficiency in broiler meat production (by equipment and knowledge) and more capacity (more broiler houses). The Indonesia government is more and more focussing on food safety and resource efficiency.

Aim(s) of the project

To explore the prerequisites and possibilities to improve broiler production regard to modern broiler raising by:

- a pilot project with a modern broiler housing system at one selected venue in West Java Indonesia.

- studying the feasibility of unrolling the above mentioned modern broiler housing systems at other broiler farms in West Java Indonesia.

The proposed concept is:

Development of a plan for the introduction of innovative broiler systems (BroMaxx) in Indonesia for an accelerated transition to a state of the art poultry meat production that can ensure high production performance, food safety (by decreasing AB use and improved biosecurity), resource efficiency and bird welfare.