Summary
The beginning of summer marks an onset of exponential growth of algae in lakes of the northern parts of the world. Eutrophication is a naturally occurring phenomenon but it has undergone drastic change, in terms of the intensity of algal blooms and their species composition. Algal blooms are lasting longer and occur more often, and in some lakes they are dominated by potentially toxic algae. Toxic algal blooms put a heavy toll on environment’s health and economy sustained by the lake.
Over the last decade, optical remote sensing has become a popular tool for sensing, monitoring and developing better understanding of the state of lakes. However, as the situation becomes more hazardous for people living in the vicinity of lakes suffering from toxic algal blooms, optical images alone may not be sufficient. Optical remote sensing is hindered by clouds. For regions with frequent cloud cover, this means loss of data, which derails the purpose of sensing.
Microwave remote sensing, which was mostly a tool to study atmosphere and planetary surfaces in the twentieth century, is increasingly being used to understand our planet, Earth. The European Space Agency launched two radar imaging sister satellites (Sentinel-1a & 1b) in 2014 and 2016, which are sensing the Earth with an improved spatial and temporal resolution. The C-band Synthetic Aperture Radar sensor mounted on the two satellites is capable of sensing the Earth uninterruptedly, irrespective of weather conditions.
One of the major existing applications of radar imaging has been the monitoring of oil spills in seas and oceans. Spilled oil reduces the strength of the signal received from the ocean/sea surface and appears as dampened regions in the image. Interestingly, the automated algorithms meant to locate oil spills produced false oil spill alarms from the presence of algal blooms. This broadened the use of radar imaging towards understanding algal phenology across oceans. Studies on sensing algae infestation in water bodies show a negative correlation between indices indicative of algae concentration from optical imageries and backscatter signal in radar image. However, most existing studies on monitoring algae using radar are performed for seas and oceans and not for smaller water bodies such as lakes. The focus of this study is to explore Sentinel-1a C-SAR data to locate algal infestation in lakes using in-situ data forvalidation. The C-SAR images are analyzed for change in the water surface signal during blooms.
Two study sites, lake Utah and lake Paterswoldsemeer, which suffered from blooms of blue-green algae during the summer of 2016, are studied to explore visibility of algae in radar images. First, factors that affect radar signals are identified by analyzing the data from the first study site - lake Utah. It is 370 km2 in area and nearly 90 percent of the area suffered from blooms. Then, these are tested for lake Paterswoldsemeer to check if in this lake similar changes in radar signals from algae infestation can be observed. The lake is about 2 km2 in area and mainly had sub-surface bloom of width more than 100 m.
It is observed that the relation of the radar signal with wind conditions was positive for both sites for times when they did not suffer from algal blooms. It is found that the two lakes did not show similar changes in backscatter during the time of algae infestation. Lake Utah showed attenuation in signal and was resistant to turbulence in the regions that suffered from an algae bloom. For lake Paterswoldsemeer, the regions suffering from an algal bloom did not confirm results of the Utah case study. It is hypothesized that size of lake is a crucial element in judging the success of detecting algae in lakes. This is because the size usually is an indicator of the length of fetch. Long fetch allows for the development of stabilized wind stress which enhances the visibility of algae in lakes.
There is need for more systematic and bigger research on effects of local factors and topography in changing the radar signal using more extensive in-situ data or integration of data from multiple sources. Knowledge of various factors acting on the lake is crucial to isolate probable agents of change in the radar signal other than algae. This is especially true for lakes, which are smaller and interconnected with other water channels, located around unique topography and witness heavy traffic load. 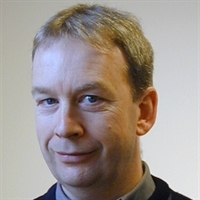