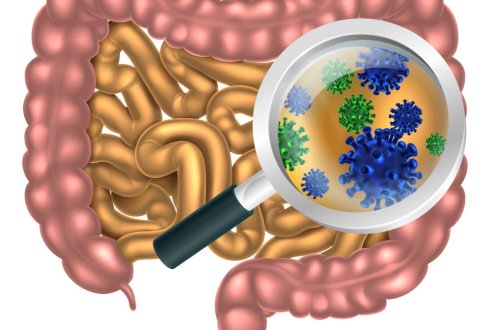 The human intestinal tract harbours a trillion on microbial cells, predominantly anaerobes. The activity and physiology of these anaerobes is strongly associated with health and disease. This association has been investigated for a long time. However, this has not been fully understood. One of the reasons is the limited availability  of  cultured representatives. It is estimated that there may be more than 3000 species colonised in the gut of healthy individuals, however, only a bit over 1000 species have been isolated and characterised. Among the intestinal microbes, butyrate-producing bacteria are of special interest as the butyrate produced,  is crucial to maintain a healthy gut. In addition, butyrate-producing bacteria have shown a reverse correlation with several intestinal diseases.

In Chapter 2 we described a novel species Anaerostipes rhamnosivorans 1y2T isolated from an infant stool. This strain belonged to genus Anaerostipes within Clostridium cluster XIVa. A. rhamnosivorans had a capability of converting rhamnose into butyrate that is unique within intestinal butyrate-producing bacteria. The genomic analysis also revealed the entire rhamnose fermentation pathway as well as the acetyl-CoA pathway for butyrate production. This bacterium is able to produce butyrate from a wide range of sugars as well as lactate plus acetate.

In Chapter 4 we described a novel species Intestinimonas butyriciproducens SRB521T representing a novel genus Intestinimonas from a mouse caecum within Clostridium cluster IV. This bacterium produced butyrate and acetate as end products from Wilkins-Chalgren-Anaerobe broth.

Butyrate production is assumed to derive from carbohydrate employing acetyl-CoA pathway. No gut bacterium is known to convert proteins or amino acids to butyrate although butyrogenic pathways from amino acid degradation have been detected in the human gut using metagenomic approach.
In Chapter 5 we discovered a novel butyrate synthesis pathway from the amino acid lysine and the Amadori product fructoselysine in  Intestinimonas butyriciproducens AF211 that was isolated from human stool. This strain appeared to grow much better in lysine as compared to sugars although lysine and acetyl-CoA pathways were both detected in its complete genome. Moreover, the strain AF211 was able to metabolise efficiently fructoselysine into butyrate, and acetate was found to affect the fructoselysine fermentation, representing the impact of the environmental conditions where acetate is abundant in the gut. While the lysine pathway was found in the gut of many individuals, the fructoselysine pathway was present in only half of those samples. The finding that strain I. butyriciproducens AF211 is capable of the butyrogenic conversion of amino acid lysine and fructoselysine, an Amadori product formed in heated foods via the Maillard reaction, indicated a missing link that coupling protein metabolism and butyrate formation. As this Amadori product has been implicated to play a role in aging process, the use of strain AF211 as fructoselysine clearance in the gut needs further investigation.

In Chapter 6 we performed genomic and physiological comparison between the I. butyriciproducens strain AF211 (human isolate) and SRB521T (mouse isolate). I. butyriciproducens was the most abundant species within the Intestinimonas genus and highly prevalent in humans based on metadata analysis on 16S amplicons. We confirmed that the butyrogenesis from lysine was a shared characteristic between the two I. butyriciproducens strains. We also observed the host specific features including tolerance to bile, cellular fatty acid composition, more efficient capability of converting sugars into butyrate, especially galactose and arabinose, in the human strain AF211. In addition, genomic rearrangements as well as variations in bacteriophages differed among strains.