From low-tech to high-tech projects, urban farming is booming in Paris and taking over public spaces, rooftops and even goes underground. But how does an urban micro-farm works and assures its viability? And what technologies are used by urban farmers to farm on rooftops and for what purpose? And what kind of underground urban farming projects are developed in Paris?

In his interactive presentation Guillaume Morel-Chevillet, a French researcher and urban farmer, will portrait the urban farming scene in France. You will explore cutting-edge projects taking over the city of Paris and learn what it takes to start your own urban farming business. You might even get tempted to try it yourself!

Guillaume Morel-Chevillet is a French researcher and an urban farmer. After 8 years working as a landscape architect and engineer in 2013 he discovered the urban farming movement in Montréal and felt in love with this idea. Since 2015, he works for the French Institute of Horticulture, ASTREDHOR, researching urban farming initiatives. He is an author of a book called Agriculteurs Urbains, du balcon à la profession (Urban Farmers, from balconies to careers).

This event is part of student challenge ‘Could you design the Ultimate Urban Greenhouse?’ and is accessible to general public. 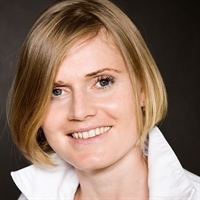