By Juultje Blom (the Netherlands)

Abstract
The performance evaluations of interventions in REDD+ subnational initiatives have relied for a large part on deforestation measurements based on household interviews. In this study, self-reported deforestation trends were compared to remotely sensed, i.e. monitored deforestation trends. This analysis was performed for five subnational initiatives in Brazil, Peru (at the household and village level) Tanzania, Indonesia and Vietnam (at the village level). In half of the villages (n=37), the self-reported deforestation trend was similar to what was monitored. The discrepancies between the two acquisition methods often involved more self-reported deforestation than monitored deforestation. Discrepancies can be attributed to both data sources, which has implications for measuring the performance of REDD+ interventions. In all study areas, deforestation was modelled using the random forest method. The socioeconomic drivers; distance to agriculture, distance to roads and distance to waterways were most important in predicting deforestation. Variograms of the false negative model residuals were computed, and the residuals were mapped and visually analysed. The variograms suggest that missing drivers have spatial correlation up to a range of 200 meters, indicating that predictors not included in the models are local drivers of deforestation. Spatially explicit data for cattle ranching in Brazil, oil palm plantations in Indonesia and unknown drivers in rural areas of Vietnam would improve these models. 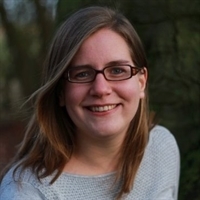