By Gersom Zomer (the Netherlands)

Abstract
In this study the usability of the AHN2 ALS-LiDAR data-set for the prediction of a shrub layer was investigated. Two LiDAR structure indices, the Undergrowth Return Fraction (URF), and the Undergrowth Cover Density (UCD), were proposed. The shrub layer was described using a binomial parameter that indicated whether a shrub layer was absent or present. The binomial parameter was derived from field measurements. The presence of a shrub layer was predicted with the URF and UCD in a logistic regression for six for- est species compositions. The URF performed slightly better than the UCD in the logistic model but the overall predictive power of the model was low with a maximum R² of 0.44. The species composition of the shrub layer has a significant effect on the UCD but not the URF. Furthermore, the results also indicate there is a difference in detectability of ev- ergreen species and deciduous species when leaf-off ALS-LiDAR is used. The low model performance for deciduous species combined with the apparent difference in detectabil- ity between evergreen and deciduous species indicate that leaf-off LiDAR data might not be suitable for the purpose of shrub layer detection, thus limiting the usability of the AHN2 for shrub cover prediction. 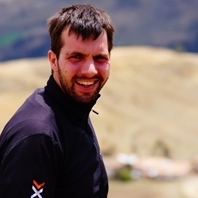