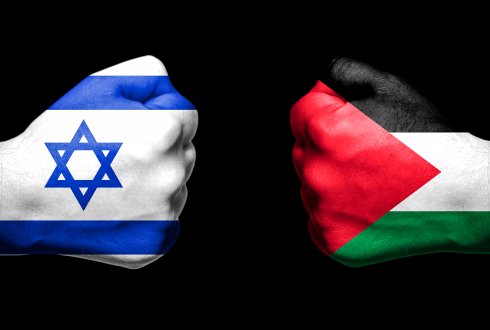 Rare film archive footage (1880-1991) offers a unique historical backdrop to the future of peace between Israelis and Palestinians.

Using some of the first film fragments from this region, Simone Bitton has created an unique and impressive documentary with a tour of one of the world’s most contested regions. Leaving no thorny topics untouched, recent history is brought to life with rare film archive footage (1880-1991).  With a visual tour of the place called Palestine in the 19th century, to the creation of the State of Israel and beyond, we see inhabitants of this region in evolving political contexts. This documentary offers an overview of developments in the run up to the Oslo Accord meetings. Offering a backdrop to the current impasse, Bitton’s work broadens our understanding and in doing so sets the stage for exploring the future of peace between Israelis and Palestinians. (French, Arabic, Hebrew and English spoken – English Subtitles).

This event is part of a series: "The Future of Peace Between Israelis and Palestinians"

Seeking Peace Through the Lenses of Law and Human Rights